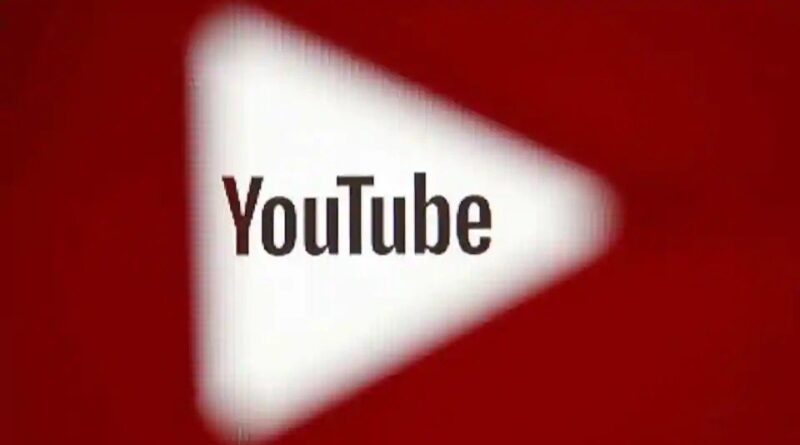 Crowder—one of the most popular conservative voices on Google’s video site—was blocked from running advertisements on his channel in June 2019, after his sustained mockery of Carlos Maza, another YouTube personality, drew charges of homophobic harassment and sparked a large-scale debate over the limits of acceptable speech on the platform. Critics, including Google employees, called for YouTube to ban him altogether.

Instead, Crowder has been again making money from YouTube ads since August. He’s gained nearly a million subscribers since last summer, bringing his total over two YouTube channels to more than 5 million, and plays host to guests like Donald Trump Jr. His conflict with YouTube has also turned him into a symbol for some on the right who accuse Silicon Valley of anti-conservative bias. Senator Ted Cruz, a Texas Republican, held Crowder up in a Senate hearing last month as a victim of Google’s market power.

Two weeks after the hearing, Crowder invited Cruz onto his YouTube show to offer live commentary of the first presidential debate. Viewers got to see Crowder, decked out in a red, white, and blue boxing outfit, joke with Cruz about Democratic presidential nominee Joe Biden’s supposed senility, often after watching pre-roll ads. The video drew more than 100,000 viewers that night—a bigger audience than YouTube coverage from NBC News, the Washington Post and the Guardian.

YouTube, like all social media platforms, is under enormous pressure to police its site for disinformation and inflammatory rhetoric in the run-up to the most divisive U.S. presidential election in decades. Crowder, 33, shows how hard that can be. He bills himself as a satirist, but walks right up to the line of what YouTube and its parent company, Alphabet Inc.’s Google, have promised to bury. Since June, Crowder has run videos with titles like “The COVID Death Count is Inflated,” “BLM is a Domestic Terrorist Organization” and “The Democrats’ Plan to Steal the Election!”

In past videos, Crowder has donned makeup to perform as a Black activist and a boorish caricature of an Asian man. Becca Lewis, a Stanford researcher who studies extremism on YouTube, said Crowder stays away from expressing white nationalism directly, but his channel “has some of the most overt racism of any of the shows I’ve looked at.” Crowder acknowledges that his work touches “third rail” topics, like Islam and LBGT rights, but argues he avoids vulgarity. “Our show is a strong PG-13,” he said. “It’s just that people are offended by certain topics.”

While people on the right cite Crowder as an example of YouTube’s censorship, Crowder doesn’t make those claims himself. In a recent interview with Bloomberg News, he said the company has made it clear to him they want “conservatives to feel welcome.” But he also says it hasn’t clearly communicated the violations that resulted in his ads suspension. “My issue is dishonest business practice,” said Crowder. “I will play the rules in their sandbox but they need to be consistent with them.”

Crowder and YouTube have incentive to get along. He doesn’t want to lose his primary distribution channel, and the company knows he’s filling an important market niche. “He’s very popular, especially among young, conservative voters,” said Francesca Tripodi, a sociologist at the University of North Carolina at Chapel Hill who studies technology and politics. A new Pew Research study showed that a quarter of American adults get their news from YouTube. Many of them prefer “independent” channels, unaffiliated with any news outlets, which present a more negative tone toward their subjects, according to Pew. “Conservatives have gained a lot of ground,” Crowder said.

Crowder, a native Michigander who was raised in Canada but presents like an all-American frat boy, grew up idolizing David Letterman and Rush Limbaugh. Before he set out to be a YouTuber, he took a run at television—his first break was being the voice of “Brain” on the cartoon “Arthur” —and then landed a job as a Fox News contributor in 2009 when he was 21.

At Fox, Crowder gained a measure of notoriety when footage aired of a Michigan union member slugging him at a protest. (Reports later revealed the footage was selectively edited to make Crowder seem more sympathetic, and a judge ruled the union member acted in self-defense.) The cable channel dropped Crowder and his punditry career was declared dead.

All the while, Crowder kept up his presence on YouTube, where he started his channel in 2009. In one early sketch, he attacked the pro-choice movement with a schlocky used-car salesman character, “Crazy Pete,” that stood in front of the “abortion emporium.” He dressed as Nancy Pelosi and slathered brown paint on his face to portray the Prophet Muhammad.

His most successful ploy became confronting less-familiar liberals, particularly those who had their own YouTube channels. A favorite target was The Young Turks, an early liberal YouTube talk-show. (“He’s an amusing gnat,” said Cenk Uygur, the show’s host.) The gimmick really gelled with a schtick called “Change My Mind.” Crowder would set up a table, usually on a college campus, with a provocative banner that welcomed debaters. (Samples: “There Are Only 2 Genders” and “‘Rape Culture Is a MYTH.”) Those clips are still among his most popular.

While Crowder’s vibe was DIY, the organized conservative movement quickly saw his utility. National Center, a think tank that promotes “private, free market solutions” to environmental issues, sponsored several early Crowder videos, such as one mocking the U.N. Climate Summit. Liberty Alliance, a conservative Christian publisher, was listed as a sponsor for Crowder’s clips in 2013. (Liberty Alliance was later sold to Liftable Media, a publisher Facebook and Google have blocked for violating its rules.) Crowder has also appeared in videos from PragerU, a non-profit that receives funding from the oil industry.

Earlier this month, the YouTube shock-jock held a political rally at the Michigan statehouse aimed at the Democratic governor, echoing Republican criticism of economic lockdowns and the response to the pandemic. The crowd reportedly included members of Young Americans for Freedom, an advocacy group that promotes Crowder’s speaking engagements.

Crowder said these early partnerships were tiny—he dismissed the National Center funding as “beer money”—and added he no longer accepts sponsors. Instead of relying on donors, he owns his production company, Louder with Crowder, with members who pay annual dues. (He declined to share membership totals.)

Crowder’s relationship with YouTube started to sour last summer. Maza, a YouTube commentator for Vox Media, had, like Uyger, become a frequent target. Crowder ridiculed him on camera, and Maza, a gay Latino, posted a collection of Crowder’s remarks about him on Twitter, including “lispy queer” and “anchor baby.” Crowder also sold a shirt through YouTube that read, “Socialism Is For F*gs.”

Many Google employees saw Crowder’s sophomoric humor as thinly veiled hate speech, and joined Maza in pressuring YouTube to take action. The company conducted an extensive review of Crowder’s catalog over a weekend. It determined that none of it violated the company’s guidelines, according to Bill Richmond, Crowder’s attorney. A day later, Richmond said YouTube reversed its position, removed ads from his video and barred him from selling the shirts.

YouTube said in a blog post it “took a deeper look” and determined there was a “ongoing pattern of egregious behavior.” Alex Joseph, a YouTube spokesman, said in a statement that Crowder had been “harming the YouTube community” with his harassment of Maza.

Crowder told viewers the insults were jokes and the t-shirt was a reference to a Biblical parable, with the word f*g referring to “figs”. On his YouTube show, he also pointed out examples of comic material on YouTube he felt were similarly offensive but reflected more left-leaning political views.

The conflict gave Crowder something he has always thrived on: a useful foil. He used the YouTube ad ban as a fundraising tactic, and now sells a t-shirt on his store of a character pissing on the YouTube logo. In December, YouTube introduced new rules against harassment, outlawing threats based on race and sexual orientation. The rules, which the company said were inspired in part by Crowder himself, made an explicit exception for “scripted satire” and “stand-up comedy,” though the company says it reviews individual videos, not channels. Crowder played up the threat to himself on his show. “I don’t know how long we’re going to be here,” he told viewers in a video entitled “Urgent. The YouTube ‘Purge’ is coming…”

YouTube did, later in the summer, ban several channels for promoting white supremacy and pulled ads from prominent creators who had posted videos with blackface. But the purge never came for Crowder. Richmond, his lawyer, said he spent months asking YouTube which videos were in violation of its advertising rules before Crowder pulled some down on his own. He declined to say how many videos were removed.

In August, YouTube said Crowder was reinstated into its ads program after “careful consideration.” In an email, the company noted that Crowder had deleted the videos targeting Maza and removed “hateful merchandise” from the site.  Some Google employees responded in shock to the decision and have discussed raising concerns with management about how the decision undermined the company’s public commitments to racial justice, according to multiple employees who asked not to be identified for fear of retaliation.

Crowder did not change his style. The second video he posted after YouTube’s ads decision featured Alex Jones, the far-right conspiracy theorist whose own show has been banned from YouTube. In the clip, Crowder and Jones walk through downtown Austin, Texas for over 40 minutes. Crowder told Bloomberg News he wanted to send a message about free speech, while noting he doesn’t always agree with Jones, who he called “an entertaining character.” From the segment, it was hard to pinpoint moments of disagreement. Jones railed against Black Lives Matter, Antifa, and the “George Soros-financed, communist, un-American propaganda.” Crowder laughed along while wearing a shirt that read “Deplatform this.”

YouTube didn’t run ads on the video, determining it was not advertiser-friendly. It also kept ads off of Crowder’s video on the Covid-19 death toll, but did not remove the clip because Crowder didn’t question the existence of the virus or its deadliness, and didn’t contradict health agency guidance, according to the company.

The two clips illustrate Crowder’s tendency to effectively dare the company to make hard enforcement decisions. He often offends sensibility without violating any formal rules. He also regularly couches borderline speech in humor, a common tactic to soften polarizing political views, said Tripodi, the researcher. “He is really centered around this idea of satire,” she said. “And satire is a convenient way to create plausible deniability.”

Despite what Crowder says to his fans, he seems to face little threat of being removed. His critics see his complaints as an act designed to appeal to an audience primed for hostility towards Silicon Valley. “YouTube is what allowed him to get popular in the first place,” said Uyger. “And he turns on YouTube as if it’s the enemy. Because it sells well.” 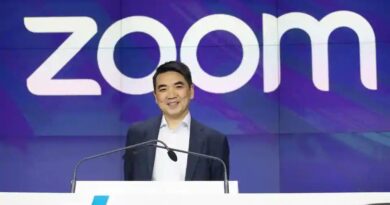 Zoom CEO responds to privacy and security concerns: Here’s what he said 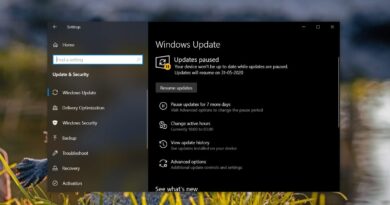 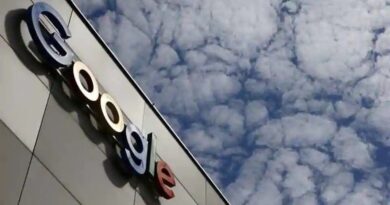