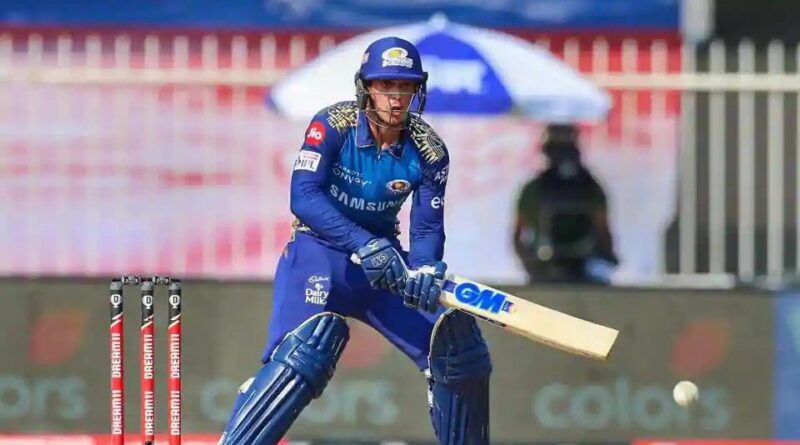 By the time Suryakumar Yadav had completed his concussion check after being hit flush on his helmet by a Jofra Archer knuckle ball, commentators were discussing how he would cope with the next ball. On air, Brian Lara was confident Yadav will be circumspect.

Archer aimed for a full delivery just outside the off stump; by the time the ball had left Archer’s hand, Yadav had already swung his leading leg out of the way and gone into a deep, wide squat – eyes wide open, his next move was to get the bat under the ball and make it fly backwards for a six.

“I don’t have words for it. I have never seen a batsman getting hit and coming up with this kind of a shot…it was fantastic,” said Hardik Pandya, who watched it from the other end.

This is the way Yadav likes to play – audacious hoicks executed with furiously quick hand-eye coordination and a still mind (he has a fine late cut too). In that match against Rajasthan Royals, the Mumbai Indians hitter scored more runs behind the stumps than in front of it. If classical batting is defined by a player’s mastery of the “V”, think of this as the exact opposite; a reversed “V”. Yadav scored 33 of his 59 runs against pace in this ‘V’ behind the wicket.

In the over before, he had swept a Tom Curran low full toss over square leg for six. As they brought the fine leg in, he anticipated a short ball outside off and ramped one for six. In the middle overs, he had taught newcomer Kartik Tyagi a lesson, hitting one to the right of third man, another on bent knees to the left of the same fielder.

Employing all his penchant for scoring behind the stumps, Yadav was toying with the field.

“Some of the shot-making today from him I think, the sweep from about seventh stump on a low full-toss that went 80 metres. I don’t know what you call that shot, it was unbelievable,” bowling coach Shane Bond said in his post-match talk.

Yadav is part of the clan of batsmen who like to score behind the stumps – the scoopers, sweepers, ramp shot hitters – in this season, Ravindra Jadeja is the leader of the group thus far, scoring nearly 22% of his runs in the reverse “V”, with Yadav a close second. Four shots define the strokeplay of batsmen like these. The first is the scoop, often referred to as the “Dilscoop” after Tillakaratne Dilshan, who used it with abandon.

To play it, the batsman must get in line with the ball at lightning speed, crouch down, often on one knee, and use the pace of the ball to flick it over the wicketkeeper’s head. There are variations to the theme; Joss Buttler says he worked out his own version back in 2005 inspired by something he saw at a local hockey match. In that match, a long ball was hit at speed from the midfield towards the striker, who was standing with his back to the goal, and who simply planted his feet and put his stick in the path of the ball to angle it over and above him towards the goal. A former hockey player, Buttler absorbed the move and began to practice it on a cricket field. It’s also what Yadav did to Archer. Then there’s the ramp, basically any shot where the batsman clears his legs, steps to the off and drops to one knee, before using the pace of the ball to guide it at unusual angles towards the leg side – a combination, or something in between, a sweep, a glance and a hook. In other words, hard to categorize – you know it when you see it, and you see it when AB deVilliers is at the crease.

The other two shots you need to play a lot to score behind the wickets – the sweep and the reverse sweep – are more canonical and less risky. Yadav is well versed in these too; since 2018, he has a strike rate of 200 against spinners when employing the sweep. Past IPL numbers (2018-20) suggest Kings X1 Punjab’s Sarfaraz Khan plays the scoops and ramps behind the wickets the most, accounting for 29.5 percent of his runs. But Sarfaraz plays his scoops head down, trusting his instincts, a method he has mastered practicing thousands of balls under the tutelage of his father-coach Naushad Khan. Yadav, like de Villiers and Buttler, steps away in a premeditated manner to either side of the stumps, keeps a still head and pierces the field.

“He (Yadav) has done it before many times in club cricket, in domestic cricket for Mumbai. If he can do it to bowlers bowling 150 kph, doing it when the ball is coming in at 135 is a lot easier,” says Vinayak Samant, Mumbai’s coach last season. England’s Jonny Bairstow, KL Rahul, and Rohit Sharma are some of the others who have been scoring heavily behind the stumps.

“These are safe shots as there is no fielder there,” Sarfaraz had told KL Rahul in an interview after a whirlwind innings for RCB. When Rahul asked, ‘Aren’t you afraid?’ Sarfaraz replied, “darr ko hotel chod ke aata hu (I leave my fears at the hotel)”. 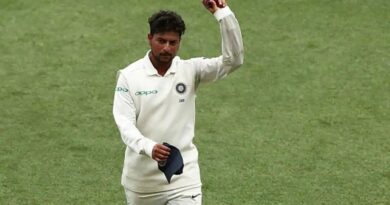 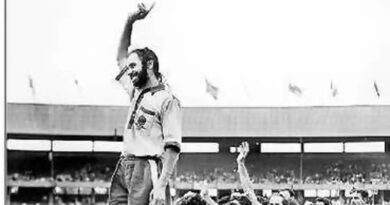 Balbir sir had no airs despite his achievements 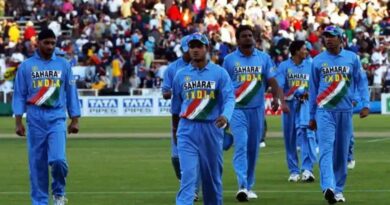