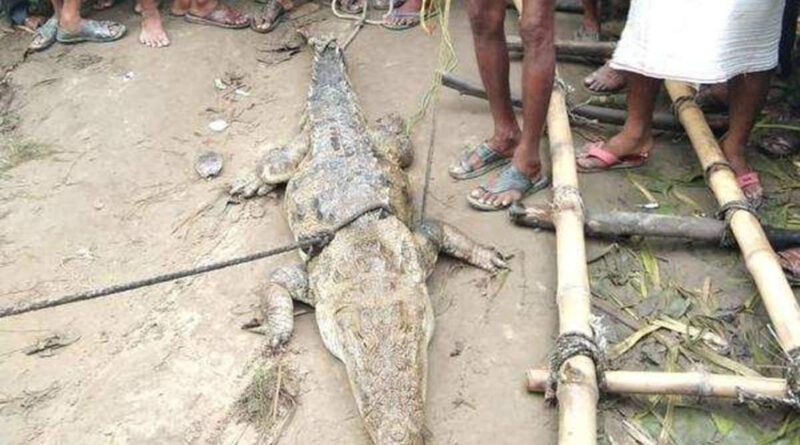 Three days ago, there was a stir in the quiet village of Midania, some 50 km from Lakhimpur Kheri, right next to the buffer forests of the Dudhwa Tiger Reserve. A crocodile, possibly washed away by floodwaters, was swimming in the village pond. For a while, there was alarm. But after the initial agitation died down, pragmatism took over. Why not hold it hostage instead?

“They demanded Rs 50,000 to release the crocodile to us,” said deputy director of the reserve’s buffer areas, Anil Patel. “They said it was money they deserved for having rescued the crocodile. It took hours of convincing, support from police and threat of legal action to finally get the crocodile free.”

The bizarre chain of events goes back to Tuesday. “We got a call from Midania village. A large crocodile had been spotted in a village pond and it was a threat to children and cattle,” said Patel. So the forest department sent a team, led by forest ranger Anil Shah, to rescue the crocodile. When it started getting dark, the team dropped the operations for the night. “But on Wednesday, around 9am, we got another call informing us that the villagers had decided to rescue the crocodile.” Turned out that they were just tired of waiting.

When Shah got there, he was met with anger and a ransom demand. “The villagers blamed forest officials for not turning up on time, so they went about it on their own.” said sub-divisional magistrate Sunandu Sudhakaran. They had removed water hyacinths and cleared the pond to rescue the crocodile and then tied it to a leash. “They said nearly 15 people had been engaged in the rescue operation. And that they had risked their lives. The village head Sharma Prasad even handed a list of those who had helped,” added Patel.

For two hours, the negotiations continued but without much headway. The villagers insisted they deserved compensation for doing what the forest staff should have been and the forest officials told them there were no such provisions. “They had held the crocodile captive. It is a Schedule I animal, provided absolute protection under the Wildlife Protection Act. So, I sent a team of revenue officials and informed the station house officer that the forest officials needed help,” said Sudhakaran.

When police arrived, the negotiations stopped. “They told the locals that they could be booked if they didn’t release the crocodile,” Sudhakaran added.

The villagers finally relented. Patel said, “The incident has been recorded but no action has been taken against any villager at the request of their village head.” And the crocodile was released into the Ghaghra river later in the day. 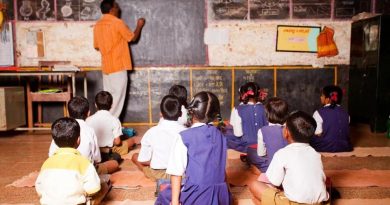 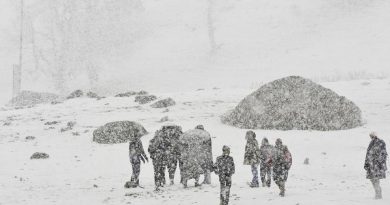