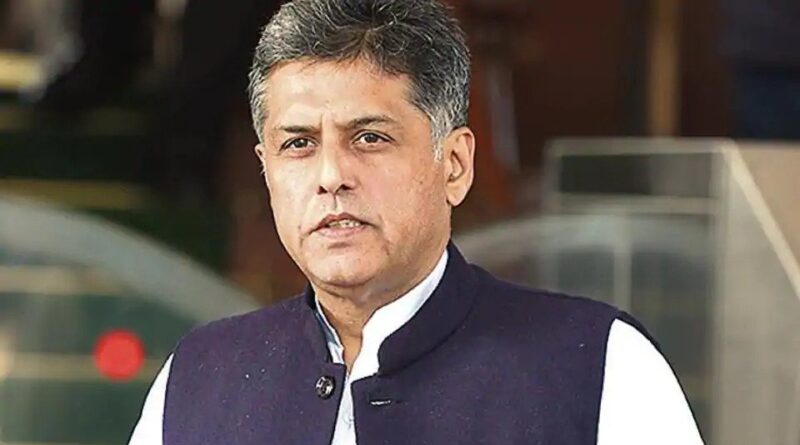 Former Union minister and Lok Sabha MP Manish Tewari in an interview to Hindustan Times talks about the letter that created ripples within the Congress and the party’s future course of action. Edited excerpts:

The Congress today faces profound electoral, ideological and organisational challenges. The electoral challenge is underscored by our two consecutive defeats in 2014 and 2019 and our diminished footprint across the country. An overall electoral rejuvenation is vital for the Congress to be on a glide path to a majority in 2024. We are currently not on that trajectory.

What are the ideological challenges?

Strangely, in this hyper-communicative age, there’s been a critical failure of messaging. There is the central question of secularism. Is the Congress comfortable to interpret secularism as Sarv Dharm Sambhav or should it pursue the classical construct of the separation of church and state? How does the party combat the immoral allure of majoritarianism.

With nationalism, the challenge is further accentuated. We are failing to articulate convincingly that our nationalism is infinitely superior to the chauvinistic and exclusionist muscularity espoused by the BJP. The irony is the Congress led the freedom struggle, while the rightwing collaborated with the coloniser. It is astonishing we are failing to appropriate our own legacy while they cynically vandalise our achievements and leaders and pretend they belong to them. The truth is Gandhi, Patel, Ambedkar — not one of them approved of the bigoted, hate politics of the right. Then we have serious organisational challenges. The Congress has lost cadre vitality on the ground, where real electoral battles are fought. These issues require deep thought.

Have you lost faith in the Gandhis?

Absolutely not. I respect Sonia Gandhi as much as my late mother. She led us with dignity, sensitivity and equanimity for 19 years and was responsible for creating and giving direction to two successive UPA governments. If we’d lost faith in her do you think we would have collectively written to her. I for one am deeply grateful to Mrs Gandhi for all the opportunities she has given me in the past 21 years.

Who among the 23 is best suited to be an effective “full time leader”?

None of the 23, to the best of my understanding, wrote that letter out of any personal aspiration to be Congress President or to seek any other position. Most of them already occupy senior positions in the party or have served in senior positions in government. In fact I told my colleagues, who signed the letter, send it only if you believe in the need for reform for there would be consequences and reprisals. The letter is not a negotiating tool. Some of my colleagues do have a problem being called traitors and dissenters. For me, the tag of being a conscientious dissenter works. Labels are irrelevant, issues are vital.

Is Rahul Gandhi the target?

That is an imbecilic thought. In December 2017 all of us unanimously elected him as the president of the party for five years. In May 2019, he stepped down taking moral responsibility for the defeat, despite everyone urging him to stay on. It was a rare step indicative of a fine moral compass. Rahul Gandhi is in the best position to outline his own way forward. Nobody has a difficulty with him, least of all me. But whosoever assumes the mantle will need to embark on a path of serious introspection and action simultaneously or we shall collectively perish.

What do you expect Mrs Gandhi to do now?

The letter is not a conspiracy to destabilise the existing order. It is in fact a cry for reform and rejuvenation. It was written with a clear conscience in the best interests of the party. As for the canard that the letter was written in cahoots with the BJP, one can only laugh. None of the letter-writers need a certificate — their political lives testify to their credentials.

What if your concerns are not addressed?

We will continue to raise them internally, for they are germane to the party’s revival. The party must recognise that every time an issue is flagged it is not dissidence, much less a negotiating position. If you are not going to debate and discuss, how are you going to refine party positions on various issues? We are soon going to have a parliament session. China is in occupation of Indian territory. . The government has indeed botched up. However, the Chinese have not grabbed BJP territory, they have grabbed Indian territory. Are we not all Indians first? Should we not send a message to our armed forces that the nation is one behind them in this hour of national peril?

Do you anticipate that a new Congress president outside the Gandhi family could be appointed and hence the letter?

The letter is about processes, issues and not about personalities. All those who reduce it to that binary do so with mala fide intent.

The party chose Gaurav Gogoi over you or Shashi Tharoor as its deputy leader in the Lok Sabha. Is it a fallout of the letter?

I never asked for any position. The only thing I beseeched the leadership with folded hands was a chance to fight the Parliament elections of 2019. That too, because a perception had been created that I was scared of contesting elections and withdrew from the battlefield in 2014 for fear of losing. It is a decision I regretted every waking moment of my life from 2014 to 2019. I should have fought, even if from my hospital bed. I am grateful the leadership gave me a chance to vindicate my honour.

You want elections for the president’s post but you have criticized the elections in the Youth Congress. Isn’t there a contradiction?

A number of us who came from NSUI and Youth Congress felt elections were not a good idea when Rahul Gandhi kicked off the process in 2007. In fact, most of the signatories have been beneficiaries of the nomination paradigm and felt that there was no need to shake the tree. However, as the process unfolded, an impression gained ground that barrier to entry for less affluent people was getting higher and higher.

Some of the letter writers seem to have bought peace? Is there a divide?

The only peace you need to buy is with your inner self and your god. I signed the letter in good faith with the best interests of the party at heart. Not for any post, much less for publicity.

You started the process a few months ago and were able to get only 23 signatories as many refused to sign the letter. Why so?

I did not care to ask how many were approached. Even if I would have been in a minority of one, I still would have signed for the issues are critical. Could the letter have been more happily worded to obviate any presumptions and conclusions? Perhaps. Should it be seen as a selfless act in the larger party and country interest? Absolutely yes.

Is there a danger of the party splitting?

Why should there be a split? The issues that the letter raises have to be addressed if you want to be on the glide path to 272. Nobody even in their wildest imagination is contemplating such a move. 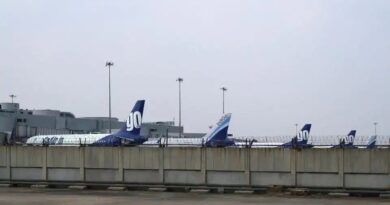 Almost 200,000 Indians register to be repatriated from UAE 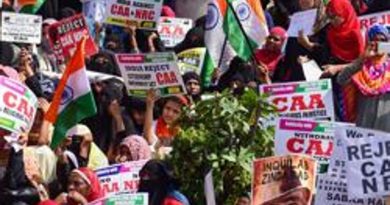 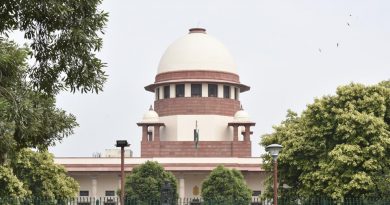