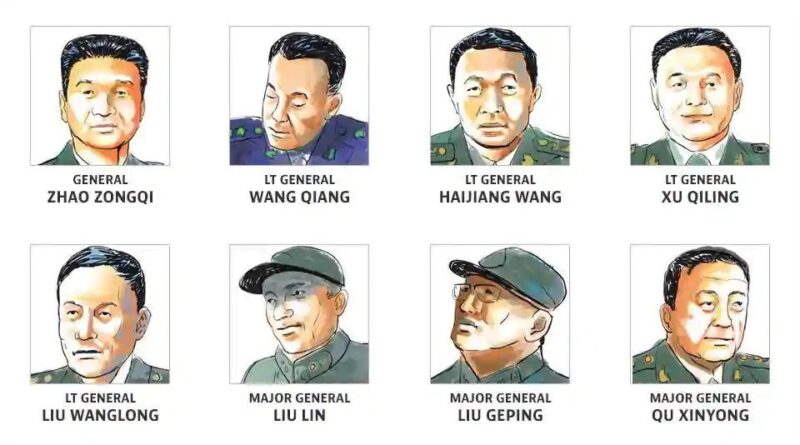 With both the Indian Army and PLA locked in a stalemate after the latter’s reluctance to move its troops, the India-China military stand-off may well continue through this winter and beyond. It is led by the military architect of 2017 Doklam face-off which lasted 73 days, the 65-year-old Gen Zhao Zongqi, who is no stranger to military stand-offs.

The Hindustan Times has put together details of Chinese military commanders involved in the on-going Ladakh stand-off. Many are CCP General Secretary Xi Jinping’s men. An expert in specialized reconnaissance, Gen Zhao, 65, was appointed the Western Theatre Commander of PLA on February 1, 2016. Born in Bin county, Heilongiang province, he was assigned to 118 regiment of Chengdu based 14 group army (now disbanded) in 1970. He was part of the reconnaissance unit during the Vietnam-China war in 1979 and conducted special operations and high-value reconnaissance missions for the PLA. Gen Zhao served as a military advisor to Tanzania in 1988 before becoming 52 Mountain Brigade Commander in Tibet Military District. He has had a succession of high profile postings including as head of intelligence department of 14 Group Army before taking over as its commander in 2004. Gen Zhao commanded the 13th group Army in Kunming in the Chengdu military region before becoming the Chief of Staff of the Jinan Military region that covers Shandong and Henan provinces. Promoted to Lt General in 2009, Zhao becomes the commander of Jinan Military district in 2015 and then Western Theatre Commander with a rank of full general in 2016. Even though theatre commanders of PLA retire at the age of 65, Gen Zhao, who crossed that mark in April, followed up by transgressing across the LAC. The 57-year-old Henan-born general is responsible for deploying tanks and big artillery guns in the occupied Aksai Chin area. The PLA ground force is responsible for not only the artillery elements but also air defence batteries including anti-aircraft guns and surface to air missiles as well as long-range missiles. Xu was commander of the Henan based 83 Group Army before taking over as Commander of 79 Group Army in Shenyang, Liaoning in Northern Theatre Command in 2017. He was commander of PLA ground force, eastern theatre commander in 2018 and was promoted to be the deputy commander of the entire eastern theatre. He brings firepower and logistics to the current stand-off. Wang is responsible for providing air support to the PLA with four fighter divisions, one transport division and one bomber division. He has held a string of high-profile command assignments starting with Commander of Air Force Aviation Division of Jinan Military District. He has served in various positions in the Western Theatre Command since 2016 including Deputy Chief of Staff, Chief of Staff and Deputy Commander of Air Force. He was appointed as Commander of PLA Air force in Western Theatre in December 2019. Haijiang, 57, was named the boss of the highly-sensitive Tibet military district since December 10. 2019. He joined the army in 1977 and was awarded First Class Merit in Vietnam-China war in which China was on the losing end. He has held a string of positions including Deputy Commander South Xinjiang Military District, which is responsible for the defence of occupied Aksai Chin. He was deputy commander of Tibet military district in 2016 before taking over as commander after being promoted to Lt Gen. He has published several papers on the physical and tactical aspects of training in mountainous regions, and the importance of defence structures n Tibet. He is an expert in patrolling and reconnaissance missions. The head of the Uighur Muslim dominated and often restive Xinjiang province, the 58-year-old general has served in this area since 2008. He was commander of Gansu Military District in 2016 and become the Xinjiang Commander in 2017. He was promoted to Lt General in July 2018. Liu’s military assessment will be critical to Theatre Commander Zhao Zongqi. Major General Liu, 57, is a known in India as the principal Chinese interlocutor with XIV Corps Commander Lt Gen Harinder Singh and involved in not only disengagement but also de-escalation talks through marathon meetings at Moldo and Chushul. An artilleryman, Gen Liu participated in Zurihe military parade in 2017 as leader of the self-propelled artillery team. He was commander of 8 Xinjiang Military division before being promoted to major general in 2015 and Deputy Commander of the present formation. It is his troops that are locked in a stand-off which the Indian Army at Kugrang River, Gogra and Pangong Tso. He took over command of the Military District in 2019 after serving as its Chief of Staff. Major General Liu was appointed to this post in April 2020 after being promoted in July 2017. He has served in Ngari military sub-district facing Demchok in Ladakh sector. He was commander of the military department of production and construction corps in 2017. 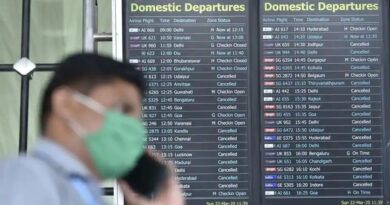 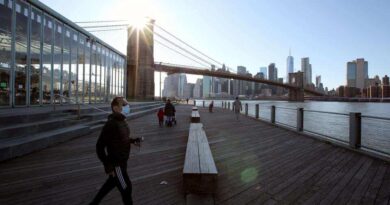 US could be next virus epicentre, as India locks down, global recession looms 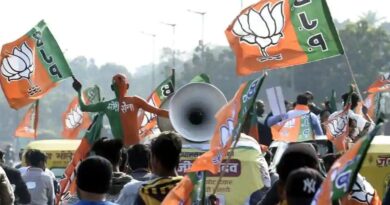