The Jagat Seths, An Indian Family From The 1700s Who Would Dwarf Bezos & Musk

We have all heard someone or the other say, that before the British came to India, we were one of the richest countries in the world – that India was called the “Golden Bird.” Well, there is some truth to it. We had families that were so insanely rich, that they would make the Jeff Bezos & Elon Musks of the world look like paupers.

We are of course speaking about the Jagat Seths, and simply put, they were the richest family in the world at one point. However, most of our history books, the ones we read in school, do not speak about them. Why, though? Well, read on to find out. 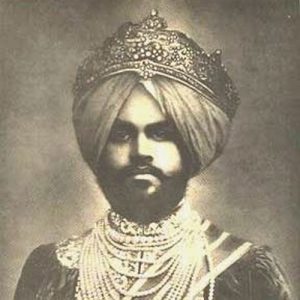 The Jagat Seth was actually a title bestowed upon a Marwari family based out of Murshidabad in the 1600s till the late 1770s. The most prominent members of this family were Seth Madhab Rai, and his cousin Maharaj Swaroop Chand, the last two scions of this empire. The family was established by a man called Hiranand Sahu, a jeweller who started lending money at an exorbitant rate and would only take land as collateral.

The Seth family were not royalty per se, but they were connected to the Royals of Bengal. Historically, the family was basically into trading fabrics, spices and artifacts. They eventually started lending money to people, from which they made a huge fortune. They would often lend money to kings and kingdoms, as well as the British East India Company.

How Rich Were They? 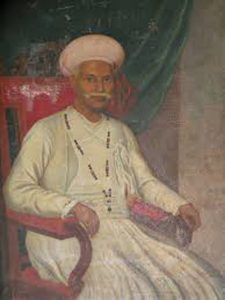 Saying they were filthy rich would be like saying that Jeff Bezos owns peanuts. In today’s money, they had holdings that would be worth about 1000 Billion Pounds or more. Heck, British documents have shown that they had more money than all the banks in England combined. Some reports also estimate that the British economy back in the 1720s was smaller than the wealth the Jagat Seths had.

To put things into perspective, consider this – they owned about half of the total land in undivided Bengal. Combine Assam, Bangladesh & West Bengal – they owned half of that.

How Did They Make So Much Money?

Hiranand’s son Manikchand Sahu, became very close to Murshid Quli Khan, who became the first Nawab of Bengal. By this point in time, the Sahus or the Seths, had an office in almost every major city in pre-independence India. Their offices were nothing short of the modern-day bank. They even had an internal communication system comprising of messengers and whatnot to enable transactions between two cities.

The Nawab as well as the Britishers soon started using the Sahus to move money from one place to another.

They also financed the Portuguese, French & British colonial powers to wage wars against smaller kingdoms in certain portions of India, and they earned a lot of interest from this.

What Happened To Them? 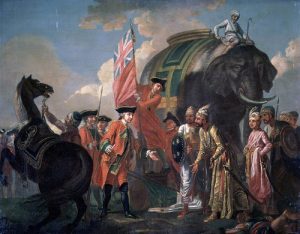 Because of their double-dealings with Indian kingdoms as well as the British, things got a little murky. Madhab Rai and his cousin Maharaj Swaroop Chand were captured and shot dead shortly before the Battle of Buxar in 1764 on charges of treason, by Mir Qasim. When he was shot, Madhab Rai was the richest man in the world. Apparently, both of them funded the British East India Company in the Battle of Plassey, against the Nawab of Bengal. They also funded the Nawab’s army but did not help them prepare against the firepower of the British Army or their strategies.

Where Are They Now?

After the death of Madhab Rai & Maharaj Swaroop Chand, their empire started collapsing. They lost control over much of the land they owned, and the money that the British East India Company borrowed from them, was never paid back. The final nail in the coffin for them was the revolt of 1857. By the 1900s, the Sahu Family or the Jagat Seths disappeared from the public eye. Much like the Mughals, their descendants are not known.