As the recruitment under the Agnipath scheme began across various states in the country, Rashtriya Janata Dal leader Tejashwi Prasad Yadav on Tuesday slammed the Bharatiya Janata Party and the Rashtriya Swayamsevak Sangh (RSS) for having caste and religion section under the documents required during the recruitment of Agniveers.

He cited a popular Hindi idiom where it highlights that never ask the caste of a sage or a monk.

Taking to a micro-blogging site Yadav slammed the RSS and BJP citing that the ‘Agniveers will be sorted out or filtered out on the basis of caste.’

“Don’t ask the caste of the monk But ask the caste of the soldier. The BJP government of the Sangh runs away from the caste census but asks for caste from Agniveer brothers who gave their lives for the service of the country. These castes are being asked because the country’s largest casteist organization RSS will later sort out Agniveers on the basis of caste,” tweeted Yadav. 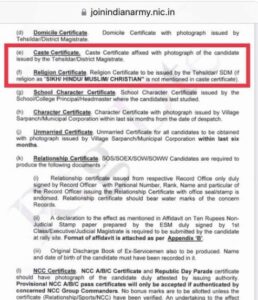 Yadav shared a screenshot of a notification which required the candidates to produce caste and religion certificates.
Agnipath Scheme, which was approved by the cabinet on June 14, was launched in an effort to bring a change in the recruitment process of the Armed Forces. With the new military recruitment scheme facing criticism, the Centre has decided to bring a change in the upper age limit for recruiting Agniveers.

Earlier the Ministry of Defence had said that the Agnipath scheme has been designed to enable a youthful profile of the Armed Forces. It will provide an opportunity to the youth who may be keen to don the uniform by attracting young talent from the society who are more in tune with contemporary technological trends and plough back skilled, disciplined and motivated manpower into the society. (ANI)