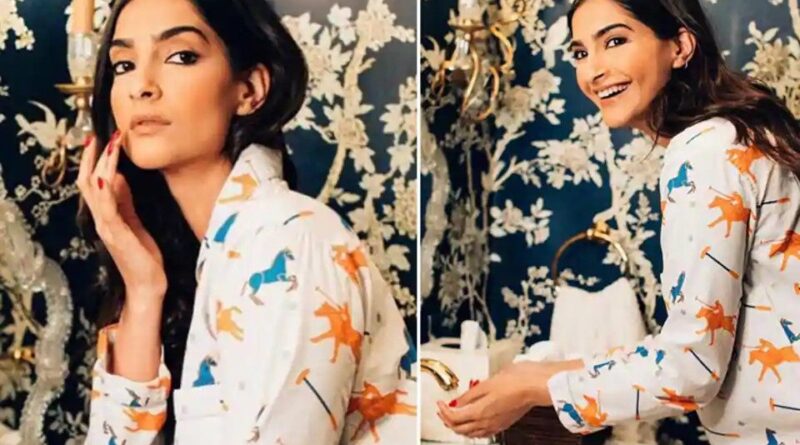 Sonam Kapoor Ahuja is enjoying some down time amid the coronavirus pandemic with husband Anand Ahuja, and the fashionista, much like the rest of us, is spending the days in her pyjamas, or so her recent social media post suggests. Proving that she rocks sleepwear as well as she does couture, the Neerja actor’s most recent Instagram post has her looking stunning as she stands by the sink, washing her hands in on image, possibly promoting practising coronavirus safety rules as she rocks polo-themed pajamas by Dandelion Dreams. Sonam captioned the post, “Daily dose of reality, made fashion.” The Poloside Cotton Notched Pyjama Set is part of Dandelion Dreams’ Staycation collection and is priced at Rs 3950. The white pyjama set is printed with orange and blue horses and polo sticks. Sonam wore the full-sleeved piece with kohl-lined eyes and poker straight hair. Celebrity stylist Tanya Ghavri and Sonam’s producer sister Rhea Kapoor couldn’t help but swoon over her look with Tanya commenting, “Stunning even in pjs Sonam (sic)”.

The pyjama brand owned by Samyukta Nair is a celebrity favourite and Bollywood actors including Alia Bhatt, Anushka Sharma and Athiya Shetty. Sonam was also previously spotted in another pyjama set from the brand, the Coastline Cotton Dip-Neck Pyjama Set, also priced at Rs 3950. The dark blue pyjama set is adorned with printed motifs of sailboats, pal trees, waves and the sun.

On the professional front Sonam is all set to begin shooting for the sequel of Veere Ki Wedding, which according to reports in SpotBoyE will have the original star cast including Kareena Kapoor Khan, Swara Bhasker and Shikha Talsania. According to SpotBoyE, a source close to the movie revealed, “They’re definitely doing it with the same cast. If you remember, Kareena Kapoor was pregnant when they started shooting the first Veere Di Wedding. She’s pregnant again. So they will do the sequel after Kareena’s second baby.” 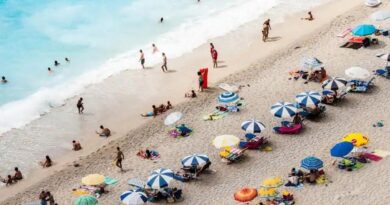 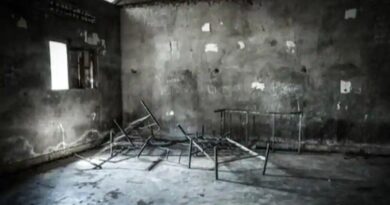