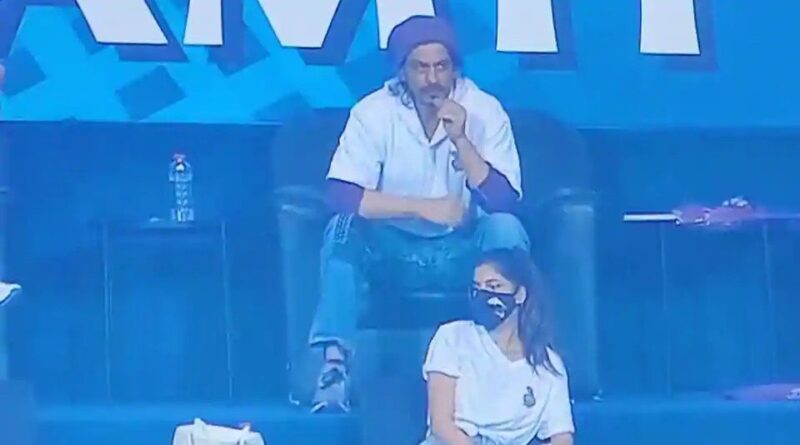 Actor Shah Rukh Khan and his two eldest kids — Aryan and Suhana — were spotted at Wednesday’s IPL match between Kolkata Knight Riders and Chennai Super Kings. Pictures of the three were shared online by fans.

Shah Rukh was seen in the stands, cheering for his team, and was even heard yelling one of his most famous lines of dialogue, “Rahul, naam toh suna hoga,” when Man of the Match Rahul Tripathi went up to collect his award from Harsha Bhogle.

Pictures and videos from the match, held at Abu Dhabi, show Shah Rukh in the stands, sporting his lockdown hair. On some occasions, he is wearing a mask. Suhana is seen sitting in the row in front of him, while Aryan is seen sitting a few seats away.

After the match, Shah Rukh wrote on Twitter, “We were a few runs short, but the bowling made up for it at the end. Well played boys of @KKRiders And have to mention our @ImRTripathi ‘Naam toh suna tha….kaam usse bhi kamaal hai’ Be healthy all of you and rest well. @Bazmccullum will see u soon.”

A video posted by the KKR Twitter account shows Rahul walking up to the stands after the match and thanking Shah Rukh for his support.

Here are some pictures from the match:

The family was also seen at another KKR match in September. That time, Shah Rukh’s wife, Gauri Khan was also spotted in the stands. Gauri is celebrating her birthday on Thursday.

Shah Rukh, who hasn’t appeared in a film since 2018’s Zero, participated in the iForIndia charity drive during the lockdown, where he appeared with AbRam and performed a special, motivational song for his fans.

Laal Kaptaan trailer: Saif Ali Khan is the grim reaper you never want to cross. Watch him in his most intense role ever 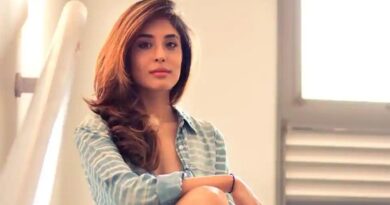 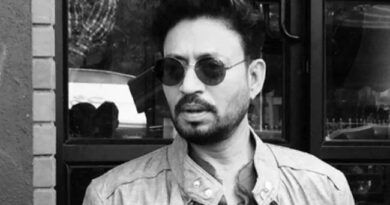 Paulo Coelho pays moving tribute to Irrfan Khan with quote from Bhagavad Gita, says ‘A star joins other stars in the sky’