Ronnie Screwvala to come up with thriller series ‘Panthers’

Ronnie Screwvala is all set to come up with a thriller series, titled ‘Panthers’.

The upcoming project, which follows the exploits of RAW heroes of the bygone era as they follow clues, nab their targets, gather information and link together the pieces of the puzzle, will be directed by Rensil D’Silva.
Also, the major highlight of ‘Panthers’ is about how separatists had planned to hijack a plane steered by Rajiv Gandhi, then a pilot with Indian Airlines, in 1971.

Talking more about the series, Ronnie said, “Panthers is the story of India’s burgeoning spy agency against a politically volatile setting. It is as eye opening as it is gripping and boasts of the right balance of realism and entertainment, making it the perfect project for us at RSVP to get behind. Rensil is the right man at the helm of this one.”

Blue Monkey Films will co-produce ‘Panthers’, which is scheduled to go on floors in the first quarter of 2022. 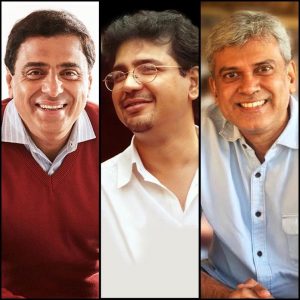 The details of the cast have not been revealed yet. (ANI)

Kangana Ranaut has no qualms about non-stop shooting schedules

Sonia Gandhi to decide next CM of Punjab: Pawan Goel