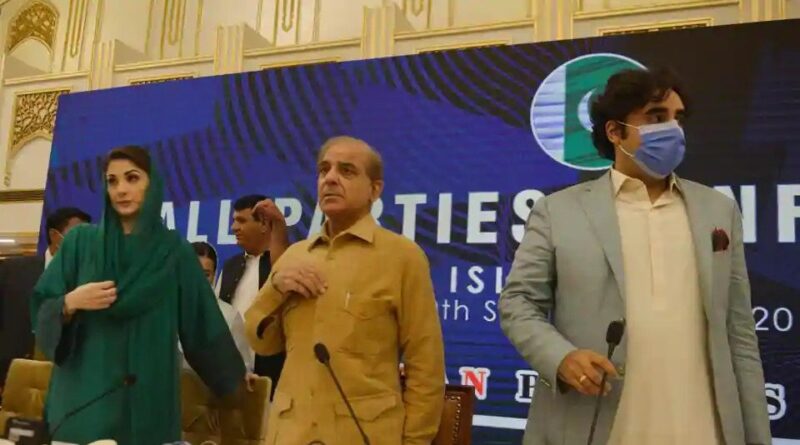 Not surprisingly, this comes with a little nudge from the military.

While the government was unable to counter much of the allegations levelled by Nawaz Sharif, it was the army that sprung into action with a series of media leaks and statements which created rifts in not only the political alliance but in Sharif’s own party PML-N, pitting his brother Shahbaz Sharif, who is also party president, on a collision course with his daughter Maryam Nawaz, who is party vice president and Nawaz’s political heir.

The first statement after the former premier’s speech to a meeting of the alliance came the very next day from the army chief, Gen Qamar Bajwa, himself. Meeting selected parliamentarians, Bajwa said Pakistani military did not have role in matters related to politics.

He added that the military did not play any part in the recently passed FATF-linked legislations, the workings of the National Accountability Bureau (NAB) and the political proposals for Gilgit Baltistan (GB).

The government had rammed through a bunch of bills linked to compliance with Financial Action Task Force, the global watchdog on money laundering and terror funding, in a joint sitting of parliament after several of them were defeated by the Senate.

Insisting that political leadership was responsible for all these matters, Bajwa conceded that GB had strategic importance and therefore broad-based consultation was necessary. The government is moving ahead with holding elections and declaring province status for GB, both opposed by India which considers it a region within Jammu and Kashmir illegally occupied by Pakistan.

While this debate was gathering momentum, it was leaked to the media two days ago that key opposition party leaders had met with Gen Bajwa, and the head of the ISI Lt General Faiz, days ahead of the All Parties Conference of the fledgling alliance.

Railways minister Shaikh Rasheed, who is seen to be close to the military, made this disclosure as he taunted the opposition for criticising the army on the one hand and meeting with it on the other.

It emerged that the meeting was attended by Shahbaz Sharif, along with his party colleagues Khawaja Asif and Ahsan Iqbal on behalf of the PML-N while the PPP was represented by party chairperson Bilawal Bhutto Zardari and senator Sherry Rehman.

The leak embarrassed most of those who attended. Shahbaz Sharif confirmed the meeting and said nothing more. Bilawal Bhutto Zardari clarified that they had attended a briefing on national security and such briefings are usually kept secret.

In a hurriedly called press conference, he justified the meeting with the military as Prime Minister Imran Khan had failed to engage with the opposition on national security issues that have arisen during his tenure, such as worsening of relations with India following the Pulwama attack. He also said that the issue of Gilgit Baltistan was discussed at the meeting.

Soon after, PML-L leader Maryam Nawaz Sharif took this opportunity to criticise her allies and take a pot shot at her uncle and party president Shahbaz Sharif.

She told the media on Wednesday: “They (opposition leaders) were called (to the GHQ, the military headquarters) on the issue of Gilgit Baltistan. This is a political issue that should be settled by the peoples representatives…. These issues should be decided in the parliament, not in the GHQ.”

Asked if the PML-N leaders who went to see the army had Nawaz Sharif’s blessings, she denied having any knowledge of that. However, she said “the political leadership should not be called nor should it go to discuss such issues”.

Reacting to Maryam statement, railways minister Sheikh Rasheed further disclosed that the PML-N leadership held not one, but two meetings in the last two months with the military leadership.

In the meantime, Maryam’s statement seems to have hit its target and the military retaliated within hours. In response to her claim that Nawaz Sharif had not been part of the meeting with the army, the head of the Pakistan Army’s media wing disclosed that senior PML-N leader Mohammad Zubair held two meetings with Gen Bajwa in recent weeks about the former prime minister and his daughter.

Babar Iftikhar told a news channel on Wednesday night that both meetings were “requested” by Zubair, a former Sindh governor. “In both meetings he (Zubair) talked about Mian Nawaz Sharif sahib and Maryam Nawaz sahiba,” Iftikhar said, adding “The army chief made it clear to him (Zubair) that whatever their (Nawaz and Maryam’s) legal issues are, will be solved in Pakistan’s courts, while the political issues will be solved in the parliament.”

The army’s line appears to be that they don’t interfere in the country’s politics and that all politicians come to them for help, including Nawaz Sharif.

When asked about it, Zubair said he had had personal ties with Gen Bajwa for more than 40 years. “There’s nothing unusual about the meeting,” he told an interviewer, adding he never approached the army chief when the PML-N was facing difficulties.

“As a friend, I thought I should brief him (Bajwa) on the state of economy of Pakistan and issues of governance. But I told him in clear words that I had not come to seek relief for anyone in my party, neither had I come on the request of anyone — neither Nawaz nor anyone else.”

While the army seems to have won the latest round, what is clear is that the issue of military interference in the country’s political landscape will continue to be debated. It has also shaken the government of Imran Khan, who is being accused of coming to power on the back of a rigged election.

Analyst Kamran Yousaf said that the days of the Imran Khan government may soon be over, and that a government cobbled with consensus could be taking charge. But others strongly disagree.

At the same time, most analysts say that Nawaz Sharif’s speech to the APC via video link from London, where he is undergoing medical treatment, seems to have stirred a hornet’s nest. His contention that the army is now a “state above a state” will echo in corridors of power for a long time to come. 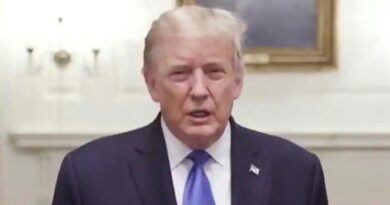 Trump says he was not well, ready for ‘real test’ ahead 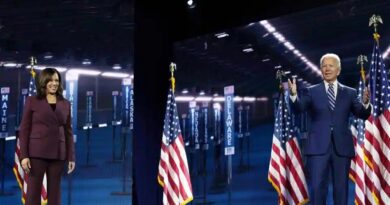 Indians in US raise $3.3mn for Biden in one night, seek moderate positions on Kashmir, CAA 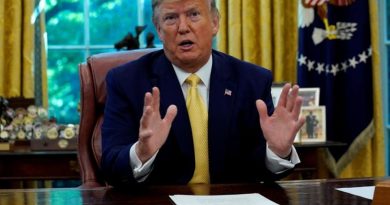