The year 2020 has been harsh for everyone owing to the Covid-19. Despite the pandemic, over 4,000 sellers in India earned over ₹1 crore in sales in 2020, a new report by Amazon said.

Amazon in its report also said that 1.5 lakh new sellers joined its platform in India in 2020. The e-retailer said that since April 2020, over 22,000 local shops and offline retailers across India have been onboarded on Amazon.in of which over 50,000 sellers registered on the platform using Hindi and Tamil.

Talking about its marketplace, Amazon India said that the Amazon Business marketplace registered 85% growth YoY in terms of sales. It also said that over 12 lakh customers, registrations took place on its platform this year, representing a growth of 75% You. Additionally, the company said that over 3.7 lakh sellers offered more than 20 crore GST-enabled products with delivery across 99.8% PIN codes across the country. The company registered a 64.6% increase in average monthly order volumes this year.

Sharing details about its Global Selling Program, Amazon India said that over 70,000 Indian exporters sold their products worldwide on 15 Amazon websites and that Indian small and medium businesses (SMBs) and brands on Amazon Global Selling crossed $2 billion in cumulative exports. The company also said that over 800 Indian SMBs surpassed ₹1 crore in sales in 2019.

Talking about its sales, Amazon India announced that during its month-long Great Indian Festival this year, the company said that around 1,24,025 sellers from 6,542 pin codes received an order of which around 74,000 sellers were from tier-2 cities. Additionally, the report said that 657 sellers received sales of more than ₹1 crore, of which 7,036 sellers earned over ₹10 lakh. 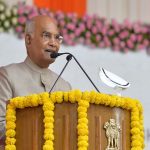 Venkaiah Naidu urges RS members to be present in House