Kerala High Court on Friday granted bail to a 35-year-old woman who was arrested under the POCSO Act for allegedly sexually abusing her minor son.

The police had on December 28 arrested the woman who is a native of Kadakkavoor in Thiruvananthapuram district on charges of sexually abusing her minor son three years back. The complaint was filed by her estranged husband, who claimed that he came to know of the incident from the boy himself.

The state government opposed the bail plea of the mother who has been named accused in the case.
The state government told the Court that, “Some crucial evidences were retrieved from her mobile phone. The statement given by son against her is well-grounded.” (ANI) 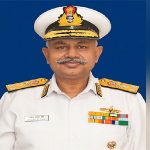