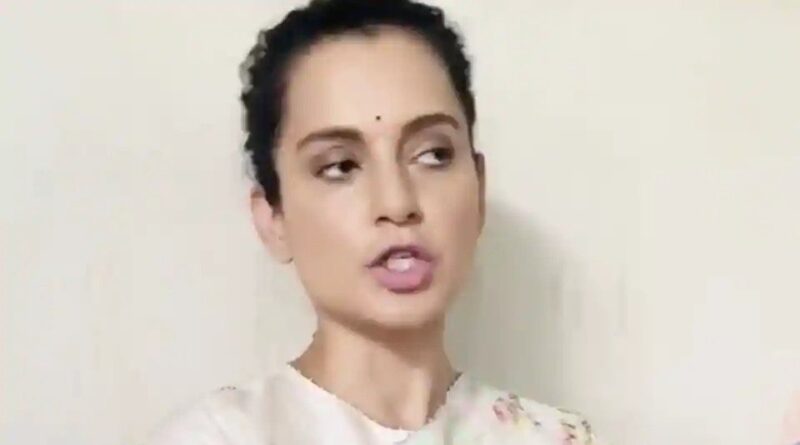 As the Brihanmumbai Municipal Corporation (BMC) on Wednesday demolished “illegal alterations” at the Bandra property of actor Kangana Ranaut, she hit back saying ‘My Mumbai is PoK now’. The actor has claimed that there were no illegal structures in her home.

Here are the latest updates:

Himachal Pradesh Chief Minister Jai Ram Thakur, according to PTI, condemned the demolition of a portion of Kangana Ranaut’s Mumbai property by the civic body Wednesday, saying she “is a daughter” of the state and she should get a “proper atmosphere” to work in her field.

Kangana Ranaut has shared a video message for Maharashtra chief minister Uddhav Thackeray. In it, she says that she is ‘thankful ‘ for the cruelty he has shown and said that someday, his ego will also break like he broke her house. Kangana also compared her plight to the Kashmiri Pandits’ and said that she will not only make a film on Ayodhya but also on Kashmir.

Kangana Ranaut arrived at her home in Mumbai with her sister Rangoli Chandel.

Kangana has shared videos of her partially demolished office. She captioned her post as ‘#DeathofDemocracy.”

A giant crowd of Kangana’s supporters and protesters has gathered outside the Mumbai airport, shouting slogans and raising placards.

Undue importance being given to Kangana’s remarks: Sharad Pawar

“We are giving undue importance to those making such statements. We will have to see what influence such statements have on the people at large,” NCP chief Sharad Pawar told reporters.

Actor Gulshan Devaiah has posted on Twitter about the demolition at Kanganas’s property. “Now just a a joke instead of a JCB the BMC could have put a board outside Kangana’s office saying POK mein aapka swagat hai.Yes or No?” he wrote.

Kangana Ranaut’s lawyer Rizwan Siddiqui has said that the notice she was served by the BMC was illegal. “The notice given is illegal and they entered the premises illegally. There was no work underway at the premises,” he said.

“Though I did not like @KanganaTeam‘s comment comparing Mumbai to POK I am appalled by the revenge demolition carried out by @mybmc You do not have to stoop so low. @CMOMaharashtraplease intervene. There is a pandemic we are dealing with. Do we need this unnecessary drama?,” she wrote.

Sona Mohapatra is shocked at the demolition being carried out at Kangana’s office. “Demolition squads now #Mumbai ??? What the hell is this. What do you expect from a government that doesn’t win an election to come to power??!! Travesty. Sickening,” she wrote in a tweet.

Heavy CISF security at Mumbai International airport as Kangana arrives at Mumbai . She is flying in after spending six months in her home town of Manali.

The Bombay High Court has stayed the BMC’s demolition at Kangana Ranaut’s property. It has also asked the civic body to file a reply on actor’s petition. Her advocate Rizwan Siddiqui confirmed that the demolition has been stayed on property at Pali hill, Bandra. BMC’s response to Kangana’s plea will be heard Thursday at 3 pm before the bench of justice SJ Kathawalla.

The demolition of structural violations at Kangana’s office has been completed and the machineries there are being removed.

Kangana tweets about the demolition:

Kangana Ranaut tweeted that her property is not illegal. “There is no illegal construction in my house, also government has banned any demolitions in Covid till September 30, Bullywood watch now this is what Fascism looks like,” she wrote in her tweet.

The Bombay High Court has begun hearing Kangana Ranaut’s plea against Brihanmumbai Municipal Corporation’s (BMC) demolition drive at her property in Mumbai. Kangana is challenging the notice issued by Mumbai civic body for ‘illegal construction’ at her bungalow and seeking stay on demolition process, her lawyer has said.

The 33-year-old actor is set to return to Mumbai later today. The Central government had earlier given her Y-plus security amid her verbal duel with Shiva Sena leaders.

“There is no illegal construction in my house, also government has banned any demolitions in Covid till September 30, Bullywood watch now this is what Fascism looks like Slightly smiling face#DeathOfDemocracy #KanganaRanaut,” the actor tweeted as BMC confirmed the demolition work.

“I am never wrong and my enemies prove again and again this is why my Mumbai is POK now,” Kangana tweeted, soon after the demolition work began. She also posted photos of BMC staff engaged in the demolition work, calling it, “Pakistan, #DeathofDemocracy”.

Last week, Kangana said she feared living in Mumbai and Sena leader Sanjay Raut asked her not to return to the city. Raut also used a slur against it. The row escalated when she retorted that “Mumbai feels like PoK” – a comment that she has repeated today.

Mandana Karimi worried for family in Iran amid coronavirus crisis 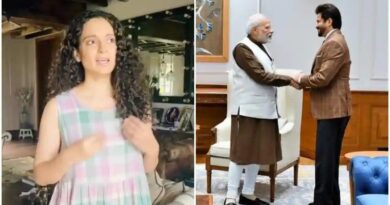 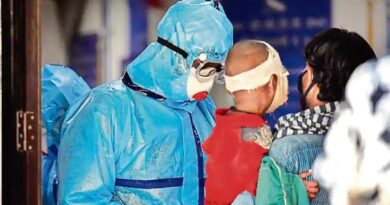