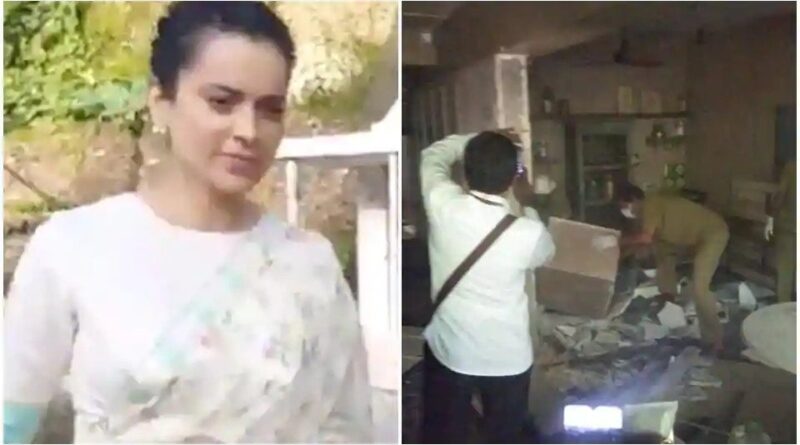 Actor Kangana Ranaut has shared photos of the Brihanmumbai Municipal Corporation (BMC) demolishing ‘illegal alterations’ at her Mumbai home, calling it ‘death of democracy’. The actor is on her way to Mumbai amid an escalating war of words with the ruling Shiv Sena leaders.

Along with the photos, she wrote, “Pakistan…. #deathofdemocracy”. Sharing another set of pictures of the demolition squad, she wrote, ”Babar and his army”.

Kangana also tweeted pictures of a crowd outside her Mumbai office, saying that they are there to ‘illegally break it down’. Kangana shared pictures of her Mumbai home, talking about how she is the ‘daughter of Maharashtra,’ and willing to die for the land. She also shared a picture of police officials gathered outside her office. “As I am all set for Mumbai Darshan on my way to the airport,Maha government and their goons are at my property all set to illegally break it down, go on! I promised to give blood for Maharashtra pride this is nothing take everything but my spirit will only rise higher and higher,” she wrote.

The BMC had served notice of illegal construction to Kangana. On Monday, she posted on Twitter the notice sent by BMC and thanked the well-wishers for mounting pressure on the government, which prevented her property from getting bulldozed.

Kangana is returning to Mumbai on Wednesday, fulfilling her challenge to Shiv Sena leader Sanjay Raut. Kangana and Sanjay have been engaged in a war of words since last week, after Sanjay took offence to her criticism of the city and Mumbai Police. Disappointed with Mumbai Police’s handling of Sushant Singh Rajput’s death case, Kangana had compared Mumbai to Pakistan Occupied Kashmir. Enraged at her comments, Sanjay asked Kangana not to return to Maharashtra. Kangana had been living in Manali with her family ever since before the coronavirus lockdown was announced.

After hearing Sanjay’s comments against herself, Kangana shared a video on Sunday, declaring that she will be coming back to Mumbai on September 9, and challenged him to try and stop her.

The Union Home Ministry announced on Monday that Kangana will be given Y-plus category security and will be protected by about 10 armed commandos. She is the first Bollywood actor who is being guarded by CRPF commandos, an official privy to the development said. It is immediately not known whether she will have to pay the government for the security.

Y-plus category central cover entails the deployment of about 10 armed commandos who will work in shifts around the clock, an official explained. Himachal Pradesh chief minister Jai Ram Thakur on Tuesday said that after assessment, besides the Y plus security, the DGP has decided to provide Kangana with extra security at her house in the state. 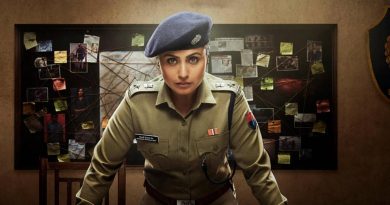 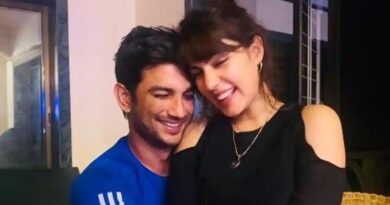