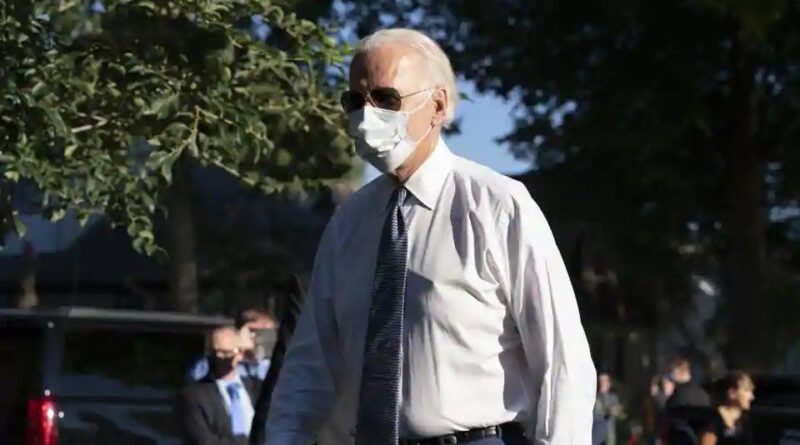 Joe Biden told residents of Kenosha, Wisconsin, that recent turmoil following the police shooting of Jacob Blake, a Black man, could help Americans confront centuries of systemic racism. The Democrat sought to draw a sharp contrast with President Donald Trump amid a racial reckoning that has galvanized the nation.

“We’re finally now getting to the point where we’re going to be addressing the original sin of this country, 400 years old … slavery and all the vestiges of it,” Biden said at Grace Lutheran Church, where he met with community leaders after a private session with Blake and his family.

The visit marked the former vice president’s first trip to the battleground state of Wisconsin as the Democratic presidential nominee. While Biden spent more than an hour with the Blake family, Trump didn’t mention Blake during his own trip to Kenosha on Tuesday. Where Biden traced problems in the criminal justice system back to slavery, Trump refused to acknowledge systemic racism and offered his unvarnished support to law enforcement, blaming the recent violence on “domestic terror.”

“I can’t say if tomorrow God made me president, I can’t guarantee you everything gets solved in four years,” Biden said. But “it would be a whole better, we’d get a whole lot further down the road” if Trump isn’t re-elected.

Blake remains hospitalized after being shot in the back seven times by a white Kenosha police officer while authorities were trying to arrest him on Aug. 23. The shooting is the latest police confrontation with a Black man to spark protests. It follows demonstrations that swelled nationwide after George Floyd was killed by a white Minneapolis officer in May.

Outside Grace Lutheran, Blake’s uncle, Justin Blake, compared Trump’s and Biden’s respective visits as he marched and chanted with a crowd. “Trump didn’t ask about my nephew. Trump didn’t mention my nephew’s name while he was here,” Justin Blake said.

Justin Blake called Biden “more of a unifier” and credited the Democrat for bringing up criminal justice changes before being asked. But Justin Blake said “we’re holding everybody’s feet to the fire. Nobody gets a free pass.”

Biden heard similar sentiments inside the church, where residents offered searing accounts of their struggles.

Porsche Bennett, an organizer for Black Lives Activists Kenosha, told Biden she’s “tired” at just 31 years old and worried for her three young, Black children. “For so many decades we’ve been shown we don’t matter,” she said, adding that she’s heard promises from plenty of politicians, but not “action.”

Biden answered that, because he’s white, “I can’t understand what it’s like to walk out the door or send my son out the door or my daughter and worry about, just because they’re Black, they might not come back.”

But he compared the current era of cell phone videos of violent police actions to television footage showing civil rights protesters being beaten more than a half-century ago. He called both circumstances a politically crucial awakening for white Americans. Biden also stressed the disproportionate effects of the coronavirus pandemic and its economic fallout on non-whites.

“I think the country is much more primed to take responsibility, because they now have seen what you see,” Biden told Bennett, the community organizer.

Barb DeBerge, owner of DeBerge Framing & Gallery, told Biden of the deep pain exposed by the protests and how it has reached many business owners whose establishments have been burned. DeBerge noted her shop still stands, but said, “I just I don’t think I really grieved as much as I should because being a business owner, I have to keep going, I have to keep working.”

Wisconsin Gov. Tony Evers, a Democrat, said that he’d asked both Biden and Trump not to come. “I would prefer that no one be here, be it candidate Trump or candidate Biden,” Evers said in a news conference.

Yet Kenosha was mostly calm for Biden’s visit, other than some verbal jousting outside the church between activists, including Bennett, and at least one Trump supporter. When the president visited on Tuesday, a few hundred pro- and anti-Trump protesters convened at the spot.

Kenneth Turner stood nearby with a Trump-Pence yard sign. “Everyone is blaming Trump for everything,” the 50-year-old Kenosha man said. “But problems here have been around a long time before Trump.”

Biden criticized Trump for his sweeping condemnations of protesters, his absolute defense of law enforcement and denials that Americans with black and brown skin face barriers that whites do not — statements aimed by the president at his overwhelmingly white political base.

The former vice president, who enjoyed police union backing for much of his political career, has defended officers for bravery and public service. But he said again Thursday that policing must be overhauled. He repeated his promise of a national commission on policing if he’s elected.

Biden does not want to “defund the police,” contrary to Trump’s claims. But he proposes that local forces agree to certain best practices as a condition of federal grants. He also wants to spend more on other public agencies, such as mental health services, to ease social problems police must handle by default, sometimes with violent consequences.

During his Kenosha trip Tuesday, Trump toured damaged buildings and discussed ways to quell unrest with law enforcement officials. Trump was greeted by supporters who occasionally mixed with and yelled at Black Lives Matter organizers.

Trump is scheduled to hold a campaign rally Thursday evening in Pennsylvania, another key Rust Belt battleground. His campaign manager, Bill Stepien, said Biden’s visit to Kenosha was inappropriate, arguing Trump went because he is president and that Biden is only “injecting politics into a really serious situation that the president helped solve.” 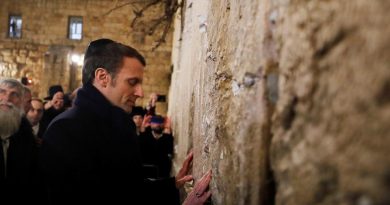 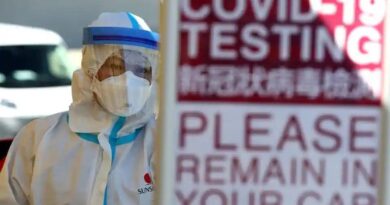 US has most coronavirus cases in world, overtakes China