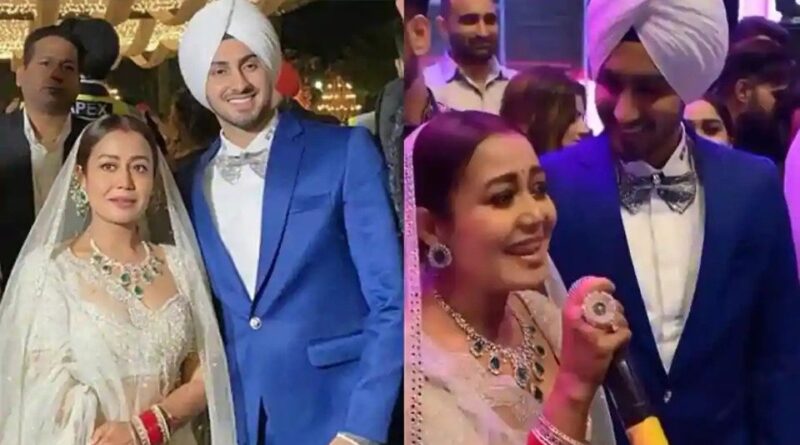 Neha Kakkar and Rohanpreet Singh are now married. The couple followed up their grand wedding ceremonies with a reception on Monday. While Neha decked up in white, Rohanpreet was a contrast in blue.

Neha looked every bit a stunning bride as she arrived in a sparkling white lehenga, paired with diamond jewellery. She wore a red chooda and had vermillion on her forehead. She walked around with her dupatta on her head and held it with one hand. Rohanpreet complimented her in blue suit that went with a white turban.

Neha Kakkar and Rohanpreet Singh at the reception.

Pictures and videos from the lavish reception show a huge gathering of guests. A video of Neha and Rohanpreet singing in coordination with each other at the reception has also gone viral. While Neha started the song, Rohanpreet joined her with his share of the lyrics. They were seen looking into each other’s eyes as they sang while being surrounded by guests.

Another video showed a guest singing a song for Neha and gesturing to her to groove to the music. A shy Neha started to dance as the guests cheered her on.

Neha and Rohanpreet tied the knot last week in a gurudwara wedding. The couple wore shades of pink and peach for the nuptials. This was followed by a varmala ceremony in the presence of close family and friends.

The couple then had another, more elaborate varmala ceremony with Neha arriving on a chariot. She wore a red bridal lehenga and a huge nosering while Rohanpreet joined her in a white and red sherwani. They exchanged garlands on an elevated podium and posed for pictures on the stage. This was then followed by an after-party where the couple sang and dance along with the guests.

Videos of Neha singing a song for Rohanpreet with the lyrics being “Is zubaan pe Rohan da naam hai” was a rage on the internet. Neha was also seen grooving with her gang to the song, Chocolate during the post-wedding party. 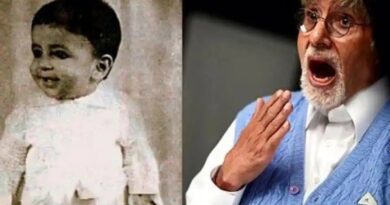 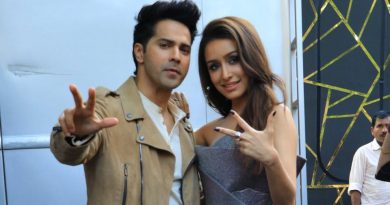 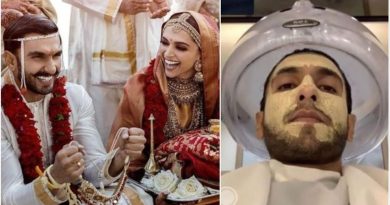