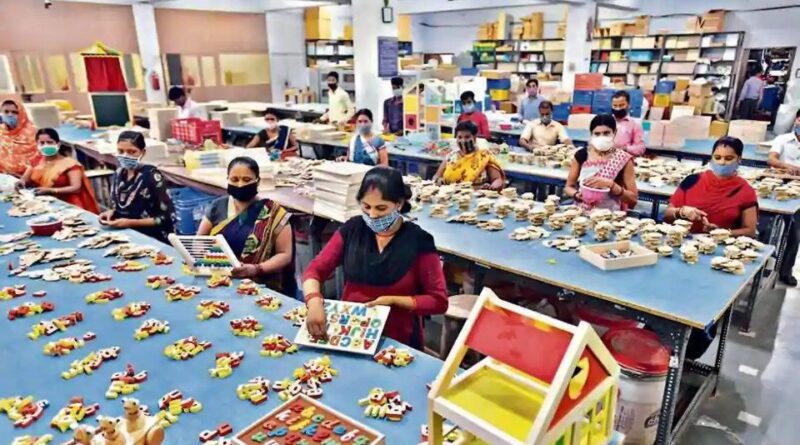 Greater Noida: A few hours after Prime Minister Narendra Modi’s latest Mann Ki Baat radio address, in which he urged entrepreneurs to “team up for toys” to make India a toy-manufacturing powerhouse, Naresh Kumar Gautam, vice president of Toy Association of India, started getting phone calls from people seeking tips on how to get into the toy business.

“A lot of them currently see a great opportunity in it. The PM’s emphasis on local manufacturing of toys was yet another morale booster for us after the government increased the import duty on toys earlier this year. If the government had the right policies and shown such enthusiasm 20 years back, this place by now would have become one of the world’s biggest toy manufacturing hubs,” says Gautam.

The place that Gautam, founder of Little Genius Toys, one of India’s biggest wooden toy companies, is referring to is the Toy City in Greater Noida, where he has a manufacturing unit. In the past couple of months, with the government pushing the Atmanirbhar Bharat (Self-Reliant India) initiative, several toy manufacturing hubs have been announced in different parts of the country, including one along the Yamuna Expressway in Gautam Buddha Nagar. Very few people know that Toy City in Greater Noida — 30 km from Connaught Place — was India’s first toy hub.

Planned in the late 1990s, the Toy City, where plots were allotted to over 100 toy makers, has wide, well- laid out, tree-lined roads and signage. Years later, in 2002, the ministry of micro, small & medium enterprises launched a national programme for the development of the toy Industry. As part of the programme, land for a Toy Design & Development Institute (TDDI) was also allotted in Toy City.

Ironically, today, Toy City has only 10 toy manufacturing units producing a range of tin toys, soft toys, board games and puzzles, among others. The rest are engineering, furniture, auto parts, packaging material and home appliances units— all, incongruously, with a Toy City address.

Most of those allotted plots either surrendered their land to the Greater Noida Authority or sold them. Toy manufacturers here say there are several reasons why India’s first toy city failed to become a manufacturing hub.

“Even as the Toy City was set up, at the time liberalisation had picked up pace and the government drastically reduced tariff and non-tariff barriers to imports of many items, including toys. So, many of the toy manufacturers had second thoughts about setting up a factory here,” says Gautam.

Gautam’s tryst with Toy City has been fortuitous. Starting in a small room in Kalkaji in South Delhi with an investment of Rs 1,500, he came to Toy City in 2006. Today, he is one of India’s biggest wooden toy manufacturers, employing over 300 people in his Toy City factory spread across three floors, boasting a range of laser machines, computer-controlled milling machines and freight saw machines, among others.

Tarun Chetwani, director of Natkhat Toys, a soft toy maker, says Toy City had teething troubles. “When we started construction of our factory in 2002, many villagers from Habibpur, the village whose land was acquired for the development of the Toy City, came and forced to stop the construction, saying they had not received the promised compensation. The construction was held up for two weeks,” say Chetwani.

That was not the end of the troubles. In 2003 May, when he finally started production, he realised the electricity was a major problem, with his captivegenerator running for hours every day. “ We never faced this problem in Delhi, and began to wonder whether we made the right decision by shifting our factory here, but decided to stay on, and have no regrets today, ” says Chetwani, who had a small manufacturing unit in Chilla village in Delhi, before he shifted to Toy City.

“We were manufacturing about 600 toys a day before we came here, and 6,000 soft toys a day until the coronavirus lockdown. While we depend on China for fabric, we have been able to match them in quality and cost, ” says Chetwani, who supplies toys to some of India’s biggest consumer retail chains.

Many plastic toy manufacturers, Chetwani says, did not move to Toy City, and some even left because of the electricity problem. “Their machines took time to heat up and frequent power outage was a problem. But I think those who had been allotted plots should have shown more ‘fighting spirit’ and set up factories instead of surrendering and selling their plots,” adds Chetwani.

He says the Indian toy industry needs to match China in terms of the economics of scale “The problem is many international chains we supply to sign buyer-seller agreement only for a year. Unless there is a long-term agreement with our buyers, we cannot afford to invest in enhancing capacity beyond a point. Manufacturing, after all, is governed by market forces,” says Chetwani. “ Indian wholesale traders are also part of the problem; they go to China where they are willing to pay a huge advance and place bulk orders , but they always hold up our payment and never place large orders with us. ”

Most of the manufacturers in Toy City say they flourished despite competition from China because their toys cannot be mass-produced on automatic machines. Paresh Chawla , director of Tin Treasurers, perhaps India’s biggest tin toy manufacturers, set up a unit in Toy City in 2003 at a time when most tin toy factories were shutting down.

The company, he says, exports 95% of its toys to countries such as Germany, Spain, the US and Australia. “ We are competing with some of the biggest and best companies in Europe and China,” says Chawla, sitting in the spartan office of his 24,000 square factory spread across three floors. The factory is equipped with a range of hand- press machines, CNC (computer numerical control) wire cut machines for , automatic hydraulic machines, shearing machine and a tool room, among others.

He says the government needs to improve ease of doing business if the country is to meaningfully increase its share of the global toy industry, which is worth an estimated Rs. 7 lakh crores. The global market research firm, IMARC estimates India’s toy market to be worth around Rs.10,000 crore. “What toy manufacturers needs is a design centre, a further easing of the import of machines, tools, dyes under the existing export promotion schemes,” Chawla says.

“ Besides, the existing policies and schemes should be implemented properly so that manufactures can easily avail of them,” adds Chawla, whose office also serves as the office of Toy City Development Society, an association of toy manufacturers in the Toy City . “We meet once every month to discuss the issues and problems relating to Toy city and find a solution. We also organise training and awareness programmes for employees.”

His business has been growing 10% a year, and like most other manufacturers in Toy City, he has booked a plot in the new Toy Park along the Yamuna Expressway. “ The idea is to set up laser-cut machines and scale up our capacity there,” he says.

Raj Kumar, 80, founder, Creatives Educational Aids, a company that makes educational toys, and the first person to shift to the Toy City in 2001 , says the government should focus on building the Toy Design & Development Institute (TDDI) in Toy City.

“The 5- acre plot earmarked for it is still lying vacant. The toy industry desperately needs a state-of-the-art design centre and it will be fitting if it comes up in the original Toy City, ” he says.

Meanwhile, 92 applications have been received from domestic toy manufacturers for the upcoming Toy Park along the Yamuna Expressway and many hope it does not eventually meet the same fate as the Toy City. “Allottees will not be able to sell the plots before 10 years and not without setting up and running a toy factory on it for at least five years,” says Arunveer Singh, CEO, Yamuna Expressway Industrial Development Authority (YEIDA). 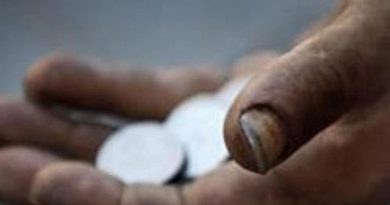 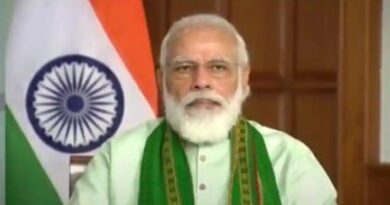 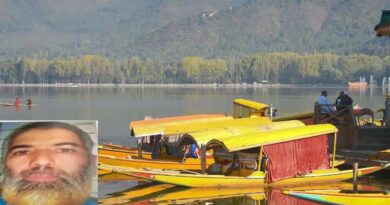 Kashmiri terrorist got away 25 yrs ago, caught with ISKP chief in Afghanistan