The Indian Navy on Friday inducted two Advanced Light Helicopters (ALH) MK III into its 321 Flight at the naval helicopter base INS Shikra in Mumbai.

According to the Indian Navy, at present, the 321 Flight comprises Chetak helicopters that will be progressively replaced with the more capable and versatile ALH MK III aircraft that are equipped with state-of-the-art surveillance, communication, safety and survival equipment, and will be a force-multiplier at sea as well as ashore. 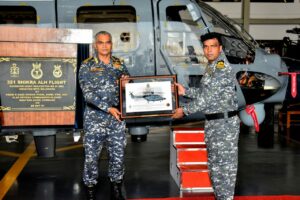 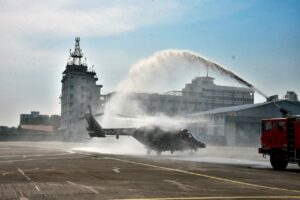 The Commander-in-Chief congratulated the ALH MK III crew and highlighted the importance of rotary-wing aircraft in coastal security, SAR/HADR tasks and a host of other operational deployments.
He pointed out that the newly-inducted ALH MK III helicopters will add significant muscle and versatility to the operational capabilities of the Indian Navy at Mumbai. (ANI)

Weather conditions in Uttarakhand: Rain and snowfall expected for the next three days

In the beginning of December, the weather pattern of Uttarakhand has changed once again. Today

Uttarakhand: All police forces to be tested to prevent Covid-19 infection

Amid concerns about the COVID-19, all-district in-charges and branch, unit in-charges on Monday have been

Dehradun: Home isolation for 14 people returning from abroad due to Omicron concerns

Following the emergence of the COVID-19 variant 'Omicron', 14 people who returned from abroad have