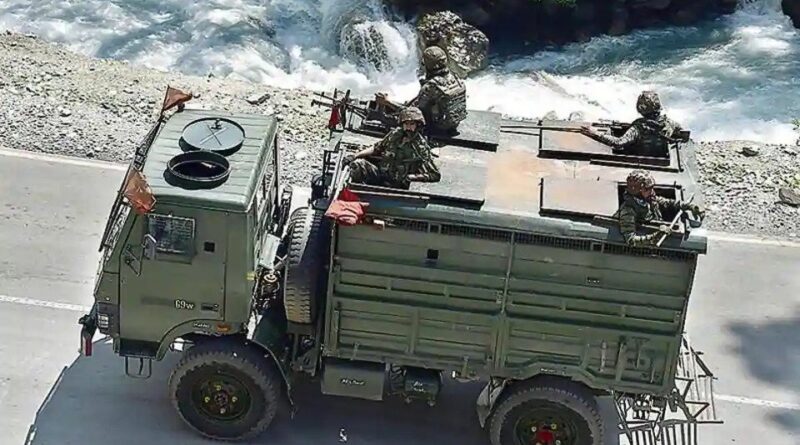 The Indian Army has rejigged its deployments at multiple points along the Line of Actual Control (LAC) in eastern Ladakh, including the northern bank of Pangong Lake, to prevent the Chinese People’s Liberation Army (PLA) from making aggressive manoeuvres to unilaterally alter the status quo in contested areas, officials familiar with the developments said on Wednesday.

Tensions flared in the sensitive sector after the Indian Army occupied key heights on the southern bank of Pangong Lake four days ago to stop PLA from grabbing Indian territory in a stealthy midnight move.

“Some readjustments of military positions have been carried out as part of precautionary deployment on the lake’s northern bank and other sensitive areas along the LAC. In the Finger area, we have moved up from our base at the lake level,” said one of the officials, asking not to be named.

To be sure, the PLA holds dominating positions in the Finger area on the lake’s northern bank.

The situation on the lake’s southern bank remains extremely tense with both armies sending in reinforcements to the area where the Indian Army now controls ridgeline positions that allow it to completely dominate the sector and keep an eye on Chinese military activity — India holds a series of positions near Black Top (a hill feature) and on Rezang La and Reqin pass.

The PLA made a second provocative move on August 31 targeting these positions but the Indian Army’s swift defensive action thwarted the Chinese attempt.

Brigade commander-ranked officers fro the two sides met for the third time in Chushul on Wednesday to de-escalate tensions but the talks have hit a wall with neither army prepared to make concessions, said a second official.

“From Depsang to Chushul and Chumar to Demchok, we have strengthened our military posture in all sensitive areas and are on high alert to deal with any adventurism by the PLA,” he said.

The latest developments have deepened the trust deficit between the two sides and dealt a blow to efforts to reduce tensions in the Ladakh sector, where both armies have deployed almost 100,000 soldiers and weaponry in their forward and depth areas.

Experts said the taking of heights on the lake’s southern bank and the ensuing readjustment of deployments to hold positions in the higher reaches in other areas was a calculated move by the army.

“We will talk to China from a position of relative strength when military and diplomatic negotiations happen. The heights we have occupied on the southern bank are operationally very important as they offer a sweeping view of Chinese military activity in the sector,” said Lieutenant General Vinod Bhatia (retd), a former director general of military operations..

Experts said the PLA would attempt to change the status quo in new areas and stressed that India has to stay prepared to fend off such moves. “We are in for a long haul. The development on the lake’s southern bank is not the end of the ongoing tussle. They will occupy heights in other areas and so will we. Friction will continue till talks yield results in the long run,” Bhatia said.

Officials familiar with developments said New Delhi will continue to focus on finding a resolution to the border standoff even as it takes steps to thwart all Chinese efforts to unilaterally alter the status quo along the LAC.

“We want a resolution, which is something we have repeatedly said over the past few weeks,” said a third official who spoke on condition of anonymity.

At the same time, he said, the Indian side will not accept any move by the Chinese side to transgress the LAC or to change the status quo in the Ladakh sector or elsewhere, as the external affairs ministry has pointed out several times.

Although defence minister Rajnath Singh is in Russia to attend a crucial meeting of the Shanghai Cooperation Organisation (SCO), there are no plans to hold bilateral talks with his Chinese counterpart Gen Wei Fenghe.

Since the fresh face-off emerged in public over the weekend, the Chinese side has repeatedly claimed the Indian troops had transgressed the LAC on the southern bank of Pangong Lake and near Reqin Pass, and called for the immediate withdrawal of Indian troops.

A fourth official said the Indian troops were in possession of strategic heights which were within the Indian perception of the LAC and there had been no transgression of the disputed border.

“The Chinese side is making these demands because the Indian side has made key gains by taking these strategically positioned hilltops and heights,” he added.

The PLA has sparked fresh tensions along the LAC at a time when military and diplomatic talks with China to implement a complex disengagement plan have hit a wall.

The sizeable Chinese troop presence at friction points, particularly the northern bank of Pangong Lake and Depsang, remains an area of key concern for the Indian Army.

The Finger area is a set of eight cliffs jutting out of the Sirijap range overlooking the lake. Before the PLA grabbed positions on Finger 4 overlooking Indian deployments, the army would patrol up to Finger 8 that New Delhi considers as an integral part of its territory. The new positions held by the PLA have curtailed the scope of Indian patrols. 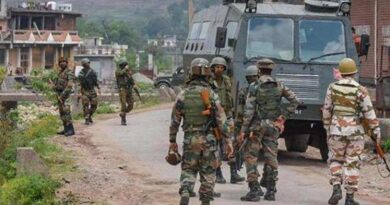 India lodges protest with Pakistan for more than 2,400 ceasefire violations on LoC 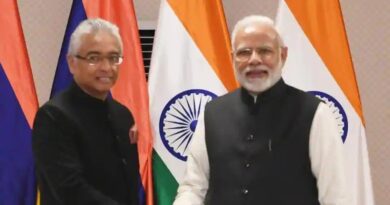 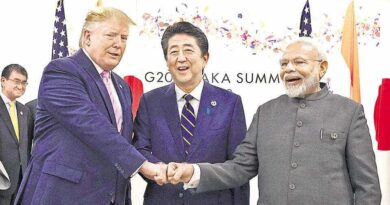 India to push for coordinated, forward-looking approach to Covid-19 at G20 meet