An 11-year-old boy has died and many have been hospitalised in Kerala’s Kozhikode because of an intestinal disease caused by the highly contagious Shigella even as the state’s health department said there was no need for panic.

The health department has said only six people were confirmed to have been infected by shigellosis so far and 26 others are suspected cases of the infection. It added that some of the suspected people were discharged later.

Here is what the government is doing to contain the infection:

1. Kerala’s health minister KK Shailaja has said all houses in the affected areas are being inspected.

2. The government has asked people to drink only boiled water and maintain strict personal hygiene.

3. Samples of water and food have been collected and sent for detailed lab examination.

4. District health authorities have started super-chlorination of wells in the region and inspecting eateries, including hotels.

5. The health department has organised a medical camp in the last two days.

6. According to V Jayashree, the district medical officer, at least 150 people attended the medical camp and that experts are trying to trace the root cause of the infection.

7. The main symptoms of the infection include diarrhoea, often containing blood or mucus in stool, stomach pain, cramps, fever and vomiting. An infected person shows minor symptoms in a day or two but it may take a week or so to show acute symptoms. In some cases, people infected with the bacteria do not show symptoms but they are contagious.

8. According to experts, children under 10 are most susceptible to contract the infection, though the elderly can also get infected. Patients with underlying medical conditions may require heavy doses of antibiotics, they said.

9. Experts have said usually a person gets infected after taking contaminated water or taking stale food. It is highly contagious and can be transmitted after using a common toilet also.

10. They have also asked people not to have sexual relations with a person who has recently recovered from shigellosis. 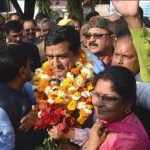 Big Breaking : Anil Baluni will be the next CM of Uttarakhand 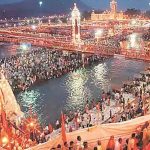 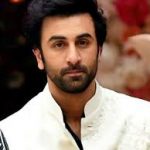 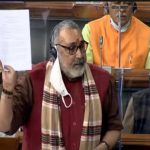 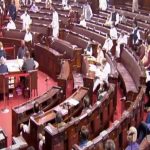