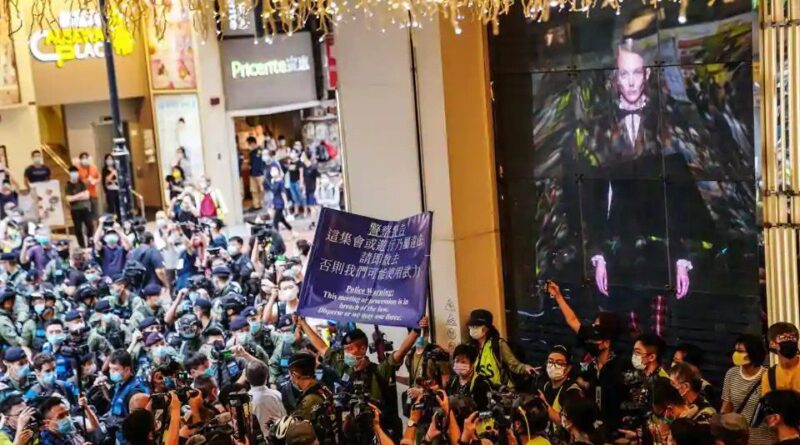 Riot police flooded Hong Kong streets on a tense National Day, a show of force intended to back up leader Carrie Lam’s morning declaration that stability had returned to the Asian financial center.

“The plain truth is and it is obvious to see that stability has been restored to society while national security has been safeguarded, and our people can continue to enjoy their basic rights and freedoms in accordance with the law,” Lam said Thursday morning after the annual outdoor flag-raising ceremony.

With some 6,000 riot police on standby, the display offered a marked contrast from a year ago, when calls for protests forced officials from the special administrative region to take shelter inside.

The Oct. 1 holiday marking the founding of the People’s Republic in 1949 is the latest test of Hong Kong’s efforts to quash the unrest that helped spark a historic recession last year, even before the coronavirus pandemic. Mass arrests and, in June, the passage of a powerful and controversial security law have helped Hong Kong’s leaders suppress dissenters. Covid control measures that limit the size of public gatherings have also chilled protest action.

Earlier this week, an appeals panel upheld a police ban on a protest sought by the Civil Human Rights Front, which last year organized largely peaceful marches that drew more than a million people. Police announced the arrests of five activists this week on allegations that they incited people to attend unlawful gatherings.

Some protesters turned out anyway. In the Mong Kok shopping district, a small group chanted the popular slogan, “Liberate Hong Kong, revolution of our times,” which has been banned by the government for months. Across the harbor in Causeway Bay, police warned protesters taking part in unauthorized assemblies to leave the area. Earlier in the day, veteran activist Leung “Long Hair” Kwok-hung led a small protest near the flag-raising event at Hong Kong Convention and Exhibition Centre in Wan Chai.

“We have been fighting for over a year,” a Hong Kong University of Science & Technology student named Tse said. “If people do turn up, they will be there to express their concerns or express their non-compliance to the national security law. Many young people don’t like how the government is treating its people.”

Massive protests a year ago undercut President Xi Jinping’s efforts to convey national strength on the 70th anniversary of Communist Party rule, as demonstrators clashed with police and one protester was shot by a riot officer. Xi took unprecedented action to impose the security law without local debate, giving authorities the power to jail for life those convicted of crimes including subversion and collusion with foreign powers.

The Group of Seven nations denounced the security law as a breach of China’s promise to preserve the financial hub’s autonomy, and the US levelled sanctions against Lam and other top officials. Lam, who has previously complained about how the measures have caused problems with her credit cards, criticized unnamed foreign governments Thursday for “unjustified accusations.”

“I and my relevant colleagues will continue to discharge our duty to safeguard national security in accordance with the law without fear or anxiety,” Lam said. She was joined at the ceremony by China’s most senior officials in Hong Kong, including Liaison Office Director Luo Huining and former Chief Executive Leung Chun-ying, who’s now vice chairman of the country’s top political advisory body.

Support for several of the protest movement’s goals increased over two months, according to a Reuters/Hong Kong Opinion Research Institute poll released in August. The share in favor of Lam’s resignation rose to 58% and direct elections for her replacement were backed by 63%. Some 51% said they “very much oppose” the national security law.

Nick Or, an assistant professor of public policy at the City University of Hong Kong, said the government would be better off trying to resolve the underlying disputes. “The potential social unrest that may happen on Oct. 1 is a manifestation of the fact that the political system in Hong Kong fails to set up an institution to address the demands and grievances in society,” Or said.

The plight of a dozen Hong Kong activists ages 16 to 33, who have been held on the mainland since attempting to flee to Taiwan by boat in August was among the concerns protesters wanted to highlight. China approved the arrests of 12 people matching their description on allegations of organizing or participating in an illegal border crossing, according to district prosecutors from the mainland city of Shenzhen in a statement late Wednesday.

Those who attend an unauthorized protest are liable for crimes ranging from inciting an unlawful assembly to rioting, a colonial-era charge that carries a sentence of as long as 10 years in prison. Still, thousands of Hong Kong residents defied warnings to return to the streets on Sept. 6, in a show of anger over the government’s decision to postpone the election by a year over the pandemic. Hundreds were arrested.

Earlier this week, the Liaison Office warned that “the sword” of the security law was hanging over those who attempt to protest on the holiday. And Luo, the agency’s director, told a National Day event Wednesday that the legislation had saved Hong Kong from falling into “the abyss of color revolution.”

“Patriotism isn’t a choice, but an obligation,” Luo said. 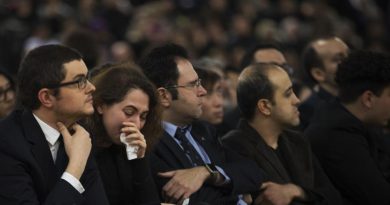 ‘DO NOT KILL YOUR PROTESTERS’, Donald Trump tweets as Iran protests turn violent 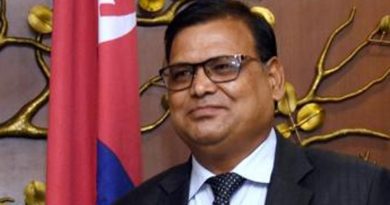 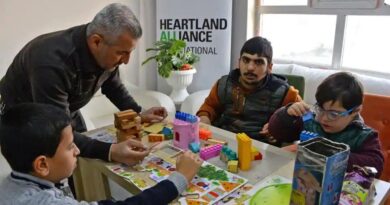