Haryana home minister and senior Bharatiya Janata Party (BJP) leader Anil Vij, who was being treated for coronavirus disease (Covid-19), was discharged from the Medanta Hospital today and will be put on oxygen support at home. Earlier doctors at the hospital had said that Vij’s condition showed steady improvement and was on minimal oxygen support.

“I am discharged from Medanta Hospital today. Will stay at Home on Oxygen support”, the Haryana home minister shared the news on Twitter.

Vij had tested positive for Covid-19 on December 5 after he was administered a trial dose of Bharat Biotech’s vaccine ‘Covaxin’ on November 20. After testing positive he was initially referred to the civil hospital in Ambala.

The 67-year-old was later shifted to Post-Graduate Institute of Medical Sciences (PGIMS) in Rohtak after being diagnosed with advanced symptoms of the disease and was given a course of Remdesivir. Vij was further referred to the Medanta Hospital in Gurugram on December 15 where his condition improved.

Meanwhile, Haryana has registered over 261,000 Covid-19 cases till now 2,892 people have died and nearly 255,000 have recovered, according to the Union health ministry’s dashboard. The active cases stand at 3,900. On Tuesday, the state added 414 fresh cases and 10 related deaths. 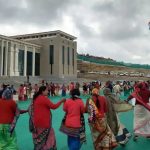 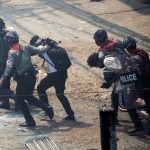 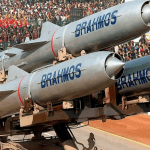