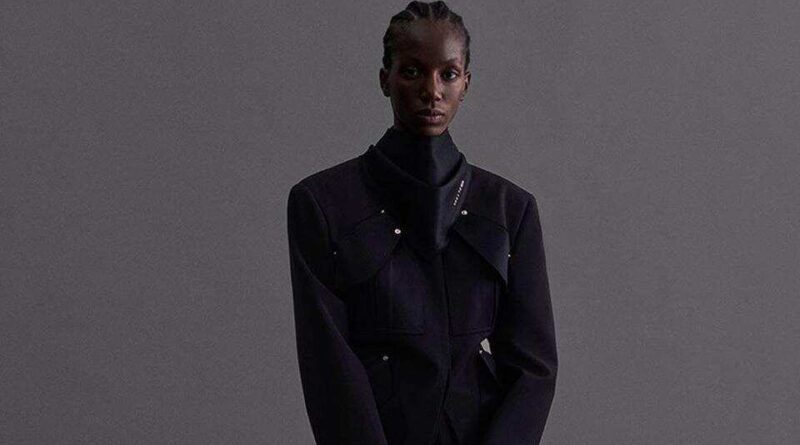 Storied maison Givenchy unveiled new designer Matthew Williams’ debut collection Sunday, although the brand may have hoped such a big new beginning would have come under better days and not under the virus-hit Paris Fashion Week.

Like Milan before it, Paris is undertaking an unusual fashion season for Spring-Summer 2021 because of the coronavirus pandemic. The nine-day calendar is flitting between 16 ready-to-wear runway collections with masked guests in seated rows, 20 in-person presentations and several dozen completely digital shows streamed online with promotional videos.

Here are some highlights:

There was a palpable excitement around Givenchy’s opulent Avenue Montaigne atelier on Sunday as Matthew Williams greeted editors to show off his debut collection, some four months after being named the replacement to Clare Waight Keller.

For a 34-year-old, Williams has quite a resume — after having designed for Kanye West and Lady Gaga and founding the influential urban fashion house 1017 ALYX 9SM.

But this is the first time the Illinois-born designer had to delve into archives and consider age-old fashion codes to complete a collection. The result? A strong collection that fused couture with an urban rawness, his signature.

“It was inspiring to have 70 years of heritage. A lot came from Hubert,” he said at a preview, referring to the late house founder and fashion icon, Hubert de Givenchy. “But I tried to break it up.”

A classic black bustier was funked up with laser cut strips on the bodice, and shiny, chunky black toeless clogs. A shimmering white coat had a strap across the torso and hung beautifully from the shoulders in a reference to one of Givenchy’s original designs. Indeed, many of the 54 looks were inspired from the archive — such as a sheer white column dress that was given a lift with hundreds of silver ring embellishments that played on transparencies and depth.

Gold locks — inspired by the love locks on Parisian bridges — was a big theme, adoring spiky belts, while gold chains were ubiquitous adding a fierce edge. Touches such as these made this collection really feel like Williams was picking up where Riccardo Tisci — whose work had a dark, urban gothic undertones — left off. Waight Keller, who left earlier this year, had a more classical approach.

“Riccardo is a huge inspiration for me,” Williams acknowledged. This collection will help to put Givenchy back on the radar for the likes of stars like Kanye West, who were show fixtures under Tisci who designed for the house from 2005-2017.

The revamped house of the late, great couturier Elsa Schiaparelli has been on a creative roller-coaster since launching some years ago as couture, going through several creative directors in a short time, and now presenting ready-to-wear. The latest designer Daniel Roseberry has, on the whole, been given a warm reception. And this should continue with Sunday’s fare — the third ready-to-wear collection for the house — in which the Texan designer said he wanted to blur the lines between the two traditions of making clothes.

“One thing I particularly love about designing couture is how tactile the process is,” he said. “I wanted to bring that same hands-on sensibility to ready-to-wear as well.”

An angular black bodice, that looked both couture and sporty, had a gathered and asymmetrical black skirt held by a large gold chain. It was a great look.

A loose ruddy brown suit in tropical-weight cool wool had giant gold buttons that were shaped a little like nipples and placed in exactly the right place.

Jewellery was, for spring-summer, in fact the standout part of the show. Schiaparelli, the house founder, was friends with the Surrealists such as Salvador Dali and evoked his creativity in wacky bejewelled creations. On Sunday, there was finger and toe jewellery, an oversized series of Zodiac necklaces, gargantuan sparkling gold exaggerated earrings and face pieces that recalled Schiaparelli’s favorite icons: the padlock, the lobster, the elephant head.

Uruguayan womenswear designer Gabriela Hearst delivered a varied and diverse collection in monochrome that broke out loudly into traffic-stopping color. The looks were deceptively simple.

A black leather coat had seams lined with zippers. A white cotton gown with tunic collar and Juliette sleeves was saintly looking, but it had panels of fabric down the skirt to give it a contradictory sporty feel with extra volume, weight and flutter.

Later in the collection she channelled her Latin American roots — Hearst runs her family’s ranch in Uruguay — some of the looks celebrated the poncho and bright colours. One vermilion look with vivid ethnic stripes, and sensual cutouts at the hips, was standout.

But the collection was hard to pin down.

Ami by the Seine

The Saturday night event of fashion week — runway show from designer Alexandre Mattiussi — was notable for parading models in co-ed designs on the banks of the glistening Seine River. But it was also the first major womenswear calendar effort by the French designer who had cut his cloth in men’s clothes since founding the brand nearly a decade ago and garnering a strong hip reputation.

Standing guests watched from a boat — and were carefully distanced as the French government is announcing new measures in parts of the country to fight a resurgent coronavirus. The show was one of the few to attract a celebrity audience, and included “Game of Thrones” actress Maisie Williams.

The tailoring the designer practices in his men’s shows transferred well to many of the women’s looks that were unfussy and pared down, and came in an appropriately night-time palette of black, cool gray, royal azure and indigo. A slightly ribbed black dress looked simple but had panels of material at the bottom inserted diagonally which gave the skirt a trendy swag.

Lines were a theme, either in crossover ribbon-like straps on torso, or minimalist ribbons hanging straight down from floppy hats.

Garments had a sporty vibe owing to their simple form, but the collection played it safe. 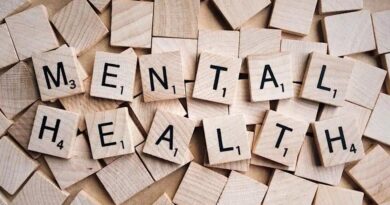 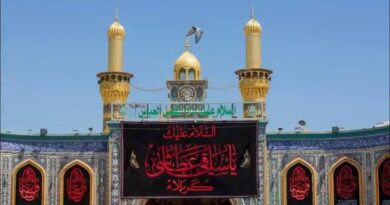 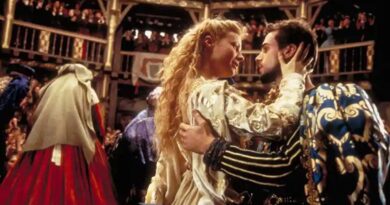 Is it curtain call for Shakespeare’s Globe theater in London amid Covid-19?