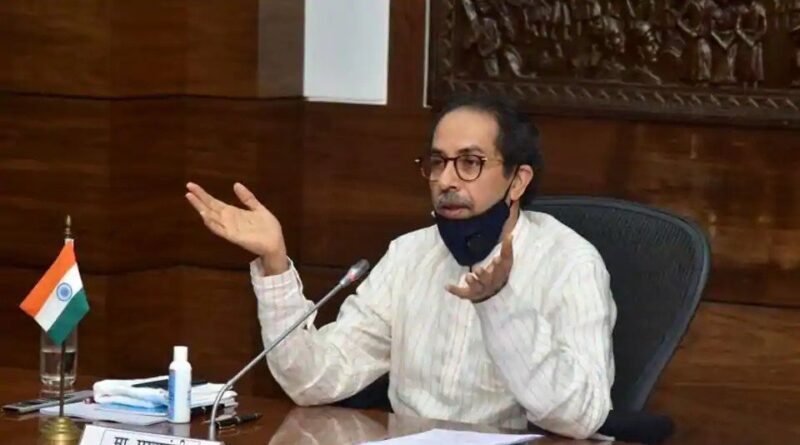 The death toll went up to 40,349 after 309 casualties were reported. Of them, 169 were in the past 48 hours, another 42 were from last week, while the remaining 98 deaths were from the period before that, the health officials said.

The trend of comparatively fewer fresh cases has continued even after three weeks. New cases have not crossed 22,000 a day since September 17 when 24,619 cases were reported. The highest single-day spike in the last month went up to 24,886 cases on September 11, whereas in the 11 days of this month, the sharpest single day rise was recorded at 16,476 cases on October 1.

Chief minister Uddhav Thackeray in his address to the state on Sunday said that the situation is changing in the state, but a lackadaisical attitude can reverse it again and thus they are going to be extra-cautious during festivals such as Navratri and Diwali. He said that the state government doesn’t want a situation where it has to re-impose lockdown restrictions just like it is happening in several countries.

“There is a picture that fresh cases are reducing, as a result, beds are lying vacant in hospitals, but we cannot be careless. I don’t want to re-impose lockdown restrictions just like it is happening in many European countries, United States, Israel etc, where cases had reduced in the past. Britain has imposed fresh restrictions for six months. I don’t want the same situation to arise in Maharashtra,” the chief minister said in his live address on social media platforms.

“You decide, you want to wear a mask or have a lockdown. You want all restrictions back or you will follow social distancing,” Thackeray asked.

On opening gyms, he said that a proper protocol is needed to ensure it doesn’t lead to a spread in infections. “A protocol has to be prepared before allowing gyms to operate because heart rate increases to maximum level only in gyms and if someone infected is present there, may infect many more people, an aspect that cannot be overlooked,” Thackeray added.

He said that they are not opening temples as many festivals are nearing. “Navratri and Diwali are around hence I’m moving slowly towards opening temples. Some have raised a question that if so many things can be opened why not them (temples). Please wait, responsibility is on us and not on you. Moreover, we are doing this because we love our people. We don’t want to spoil the situation. We need to be extra cautious, this is the reason I’m moving ahead step-by-step,” the chief minister said.

Mumbai continues to report the highest number of cases across the state as it recorded 2,170 cases on Sunday, pushing its tally to 229,446. Of them, active cases are 25,767. It has also recorded 42 deaths.

The scenario in Mumbai has changed from September when the cases in the city went up and are growing up gradually.

On October 7, the city recorded the highest single-day spike of 2,848 cases.

The chief minister said he has observed people moving without masks in Mumbai. “In Mumbai, I have observed that many people don’t care about wearing masks. We will be giving a freeway to coronavirus if all the basic precautions are not followed. We will have to follow them strictly, do not ignore even for a moment,” he said.

Pune district contributed second-highest infections in the daily caseload as it recorded 679 cases, taking its tally to 69,958, while Pune city became the third-highest contributor with 644 cases pushing its case count to 164,985. The combined total of Pune comes to 1,323 cases.

However, Covid-19 casualties are not reducing as expected. Maharashtra still has the highest number of casualties across the country.

The chief minister said that they are not getting enough cooperation from the people and pointed out two reasons behind. “Either people are irresponsible or they are scared. They are afraid that if found positive, don’t know where they will be taken by the local authorities. In reality, the situation is different. Check the experience of people who have stayed at Covid Care Centres for treatment. Trust me, there is no reason to worry. The earlier you will come for treatment, the earlier you will be cured. A delay will not only lead your life into danger, but also of your family members as they will also get infected. People attaining 100 years of age were also cured as they were admitted well in time,” he said.

State’s case fatality rate (CFR) remains unchanged and has recorded 2.64% since the last many days. It is at second position after Punjab in the country. The CFR of Punjab was 3.08% (with 3,798 deaths) till Saturday, according to the information shared by the state medical education department.

Last month, the state government had set a target to increase daily Covid-19 testing to 1.5 lakh a day from the current average, but there has been no improvement on that front. On Sunday, 74,137 tests were conducted, taking the total tests to 7,643,584. The positivity rate for the day recorded at 14.55%. 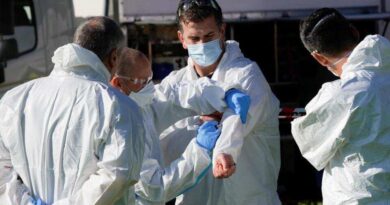 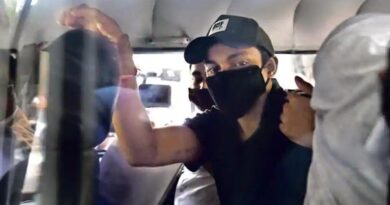 Showik remanded to NCB custody, to be confronted with Rhea Chakraborty tomorrow