With hospitals in the Mexican capital overwhelmed by soaring coronavirus infections, relatives are queuing for hours to buy oxygen for the growing number of people fighting the virus at home.

Fearing a worsening of the pandemic, the 33-year-old biochemist bought a cylinder in advance and saved his Christmas bonus, which he used to pay for a coronavirus test for his mother.

Despite a partial lockdown in Mexico City, two of Martinez’s neighbors recently died.

“Where we live, people are very reckless and stupid, they don’t wear masks,” he said.

Some families have to return repeatedly, around the clock, for more oxygen.

“These little tanks aren’t enough, so we have to fill them four to five times a day and night,” said Viridiana Valencia, a 31-year-old psychotherapist.

“Here is the only place that is open 24 hours a day. It’s very difficult.”

The city of nine million people has been in a state of maximum alert since mid-December, with more than 90 per cent of hospital beds full due to soaring infections.

Non-essential activities have been suspended in the capital, which has officially registered more than 26,000 Covid-19 deaths, out of nearly 147,000 nationwide.

“Alert, alert, we are in an emergency for Covid!” a warning blared through the loudspeaker of a passing police patrol.

Ileana Ruiz was waiting to buy oxygen for her uncle to breathe while he is transferred from a public hospital to a private clinic where he hopes to receive better treatment.

They plan to move him by private car because “there are no ambulances,” she said.

The 23-year-old medical student has been unable to attend her virtual classes for four days because she has been looking for medicines and oxygen.

Demand for oxygen has leapt eightfold in the past month, Jesus Montano, from Mexico’s Office of the Federal Prosecutor for the Consumer, told AFP.

Although the government offers free refills at some locations, “the big problem is the lack of tanks,” he said.

For people like Valencia with sick relatives at home, it is an anxious wait in the queue.

“The lines are very long, the minutes count on and she can’t be without her oxygen at any time,” she said. 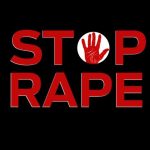 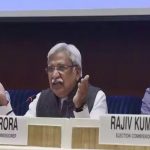