By sending Nong Rong, a Chinese politician with close links to United Front Works Department (UFWD), as ambassador to Pakistan, Beijing is making an all out bid to influence South Asia in support of Belt and Road Initiative (BRI) and divide critics of the Xi Jinping regime. Ambassador Nong replaces career diplomat Yao Jing in Islamabad this week.

A study of Chinese ambassadors posted in South Asia shows that Beijing’s present representative to Bangladesh Li Jiming and former Chinese Ambassador to Sri Lanka Cheng Xueyuan had links with the UFWD. This organisation, in which President Xi Jinping served for many years, is mandated with psychological operations with the task of influencing political, economic and intellectuals in other countries and the objective of systematic penetration into systems of targeted country.

Even the Chinese ambassador in Nepal Hou Yonqi is an Asian affairs expert with an PLA intelligence background as she was Director, Department of External Security Affairs in 2012-2013. Fluent in Urdu, Ambassador Hou has been tasked by Beijing to keep the communist movement in Nepal together and not split between Prime Minister KP Sharma Oli and party president Pushpa Kamal Dahal or Prachanda.

Clearly the task of China’s ambassadors to South Asia is to push the BRI and aggressively undermine the Indian civilisational influence.

The benign sounding UFWD is a unique organisation that has been formed to create a critical mass of support for the Communist Party of China (CPC) among non-communists. It has a domestic and international wing. Domestically its role is to build sympathisers among people who are not part of the 86 million strong CPC.

For instance, ethnic minorities, religious groups within China especially in border provinces and regions have been its prime targets. In an attempt to foster CPC hegemony inside the People’s Republic of China (PRC), the UFWD has been tasked to build critical social support in Xinjiang, using soft power. Consequently, UFWD has been extremely active among the ethnic Uyghur community, with the objective of Sinicizing Xinjiang.

Similarly, the UFWD has been very active among the Tibetan Buddhist community in Tibet. In fact, the UFWD has been openly activated after Xi Jinping’s latest ruling on Sinicizing Tibet, to foster greater social integration in China, to support the One-China principle.

The UFWD was a key institution promoted by Mao, following the lead of the Soviet Union, where the concept of the UF was first floated during the Russian revolution by Lenin. The organization was revived by new paramount leader Xi Jinping in 2014.

The UFWD always has played an important external role, focusing mainly on co-opting Overseas Chinese (OC) who are non- communists. In the 1980s, for instance, UF outreach was purposed toward attracting foreign investment and economic aid from OC businessmen and entrepreneurs, a strategy that was especially successful with those who still retained familial and ancestral ties with coastal provinces that had established “Special Economic Zones” which included coastal provinces such as Guangdong，Fujian ，and Zhejiang. But important influencers have also been tapped among foreigners.

During Xi’s time, the overseas wing of the UFWD has been extremely active to create support for BRI initiatives , including Sri Lanka, Bangladesh, Myanmar and the Gulf Arab countries including Saudi Arabia and the UAE, as well as countries in Central and Eastern Europe which have been identified as China’s bridgeheads to promote BRI.

The modus operandi of UFWD is to target opinion makers and try to co-opt them to support China’s cause. Internally, the UFWD focuses on Chinese People’s Political Consultative Conference ( CPPCC), a Maoist era advisory body that is now a permanent fixture of the Chinese political system. The CPPCC’s political significance lies in the way it enables the Party-state to co-opt non-CPC elites, especially as two-thirds of its members—many of whom are co-opted religious, business, and artistic elites, among others – are not members of the Party. The UFWD is at the forefront for inviting opinion makers across generations in target countries by promoting fully funded academic conferences, media conferences and media trips, ang offering generous belt and road initiative scholarship especially in key developing countries in South Asia, poor ASEAN countries and Africa. 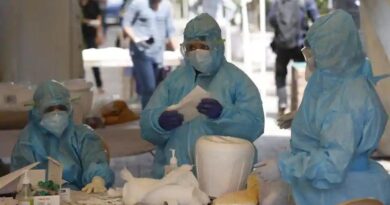 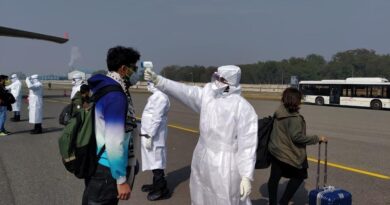 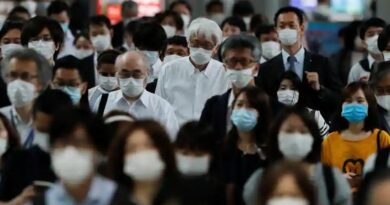 ‘Get ready’: WHO warns of ‘second peak’ in areas where Covid-19 declining