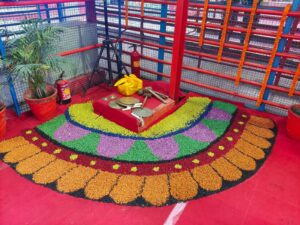 “The temple of Lord Shri Ram Lalla decorated in Ayodhya for Deepotsav,” read his tweet roughly translated from Hindi. 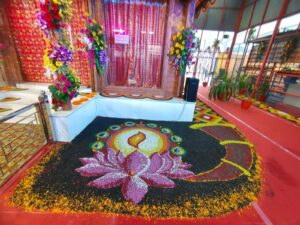 Colourful lights and laser show is organised in Ayodhya as part of the Deepotsav celebration on the occasion of Diwali.
Further, a 3D holographic projection mapping, a grand laser show based on Ramayana was organised by the tourism department at Ram ki Paidi yesterday. Fireworks and laser shows were also organised from Naya Ghat in Ayodhya. (ANI)

IMA Passing Out Parade to be held on Dec 11

The Passing Out Parade (POP) will be held at the Indian Military Academy (IMA) on December 11, said an