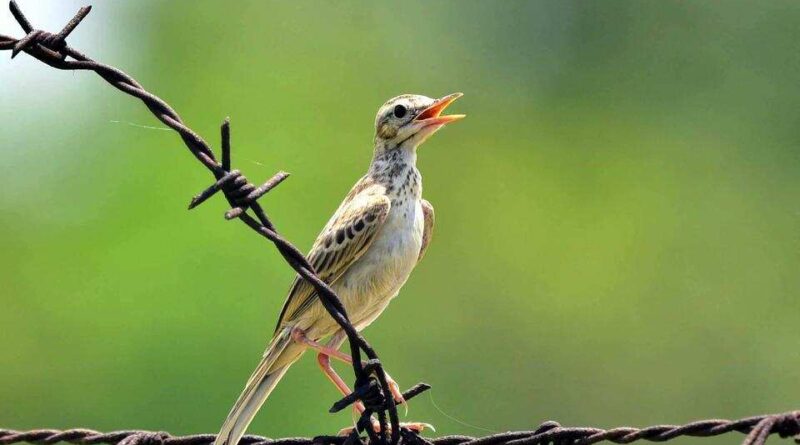 Less noise during the lockdown restrictions, which were enforced in various parts of the world to contain the spread of the coronavirus disease (Covid-19) pandemic during this spring, may have allowed birds to sing sweeter and softer songs, according to a study published in the journal Science last week.

Ornithologists and birders reported hearing more bird songs and calls even from the species they had never heard before, but always knew were in the vicinity.

The study found that sparrows in the United States of America’s (USA) San Francisco Bay area responded to the new acoustic space during the lockdown in April and May by singing higher performance songs — those involving trills or other vocal ornamentation and at lower amplitudes.

Despite the reduced amplitude, communication distances more than doubled, which could both reduce territorial conflicts and increase mating potential, the study suggested.

Titled Singing in A Silent Spring: Birds respond to a half-century soundscape reversion during the Covid-19 shutdown. The study, led by the Department of Ecology and Evolutionary Biology at the University of Tennessee, USA, also found that the low-frequency noise generated by traffic and vehicle crossings in April and May returned to levels not heard since the 1950s.

Usually, birds that have breeding areas, where ambient noise is high, sing higher amplitude songs. This is called the Lombard effect, an involuntary vocal response to the presence of background noise, because people tend to speak louder in noisy environments.

The study revealed that male birds produce songs with higher minimum frequencies in areas with high energy. While low frequency noise is typical of traffic in urban surroundings.

The study concluded that birds managed to maximise communication and salience. “These findings illustrate that behavioural traits can change rapidly in response to newly favourable conditions, indicating an inherent resilience to longstanding anthropogenic pressures like noise pollution,” it said.

“This is interesting, but, perhaps, not unexpected. Birds can modulate their song amplitude in response to noise levels. One might expect them to lower amplitudes in quieter backgrounds. More interesting is that they could then use the energy saved to sing higher performance songs…we certainly had much less ambient noise in urban spaces in India as well, but to comment on how birds may have changed their amplitude or song structure will require quantitative data, which I do not have,” said Professor Rohini Balakrishnan of the Centre for Ecological Sciences at the Indian Institute of Science (IISc), Bengaluru, and a specialist in bio-acoustics.

Veteran ornithologist Asad R Rahmani, a former director of the Bombay Natural History Society (BNHS), said he could hear several species, despite living in a crowded part of Lucknow, where there are fewer trees, during the Covid-19-induced lockdown restrictions.

“I live in a crowded area, where there are not too many trees, bushes or shrubs. Nevertheless, during the lockdown when there was no traffic on the streets, I could hear Indian Cuckoo because March to June is its breeding season so it is very vocal, Greater Coucal, Laughing Dove, Jungle Babbler, Golden Oriole, Peafowl, Brown Rock Chat, Rose-ringed Parakeet, House Sparrow, Spotted Owlet, Indian Scops Owl (both at night), Brown-headed Barbet, Coppersmith Barbet, Black-rumped Flameback (woodpecker), Red-vented Bulbul, Common Iora, and a few other species of birds,” Rahmani said.

“The initial months of lockdown — from March to June — were the main breeding season when the males call and become territorial. They must have had a peaceful breeding season in which their calls were not drowned by the incessant noise of traffic, loudspeakers, and horns, which are all human creations,” he said.

However, the calls have stopped following the gradual easing of lockdown restrictions, he added.

In Gurugram, author and ornithologist Bikram Grewal said he heard birds which he knew were in the vicinity but hadn’t heard before the 68-day nationwide lockdown restrictions were enforced from March 25.

“It could just be that noise levels were low. As a result, we paid more attention. I heard the Ashy Prinia, Tailorbirds, Indian Grey Hornbill, Spotted Owlet and the Rufous Treepie from my house in Gurugram. We definitely heard bird calls and bird songs a lot more this spring,” Grewal said.

Some birders reported watching more birds in April and May.

“I live in suburban Bengaluru, where birdlife is already quite rich. There has been a further spurt in bird activity since the lockdown restrictions were lifted. They were exhibited in two distinct phenomena – an increase in birdsong and also an uptick in their presence,” said Ramki Sreenivasan, a Bengaluru-based wildlife photographer and co-founder, Conservation India.

“Notable examples are grey francolins (partridge) and peahen. Both are large birds and are, otherwise, wary of human presence. The peahens made their first visible appearance in the neighbourhood, thanks to the lockdown. I could see and hear them from my balcony. Birdsong moved to another level during the onset of monsoon. Either, there were more birds calling or we had just not heard them due to the traffic and ambient noise. For example, Ashy Prinias is always vocal wherever it is. But this monsoon the species of the bird erupted with incessant and loud vocal battles,” he added.

Anand Krishnan, a scientist at Indian Institute of Science Education and Research (IISER), Pune, who specialises in interdisciplinary studies of bird sensory signals, cautioned about several contradictory papers on the impact of noise on birdsong.

“This paper’s quantitative assessments are nice. However, the conclusions about amplitude changes are not novel in and of themselves. The effects of noise on birdsong are a field with many, often contradictory papers, and the effects on reproduction and behaviour are also still unclear. For example, it is difficult to tease apart the effect of noise on mating and reproduction versus say air pollution or other factors. Lower amplitude songs in lower noise are something called the Lombard effect, which is known in many birds. A lot more work is needed to show that birds are responding to the ‘new acoustic space’ versus other environmental changes. Where this paper differs is in taking advantage of a one-off ‘noise reduction,’ as opposed to comparing birds singing in more and less noisy areas,” he said. 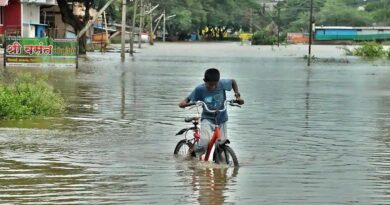 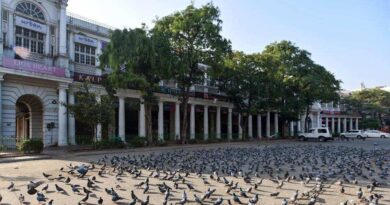 The Covid-19 lockdown logic and science behind it 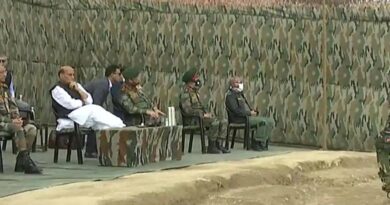