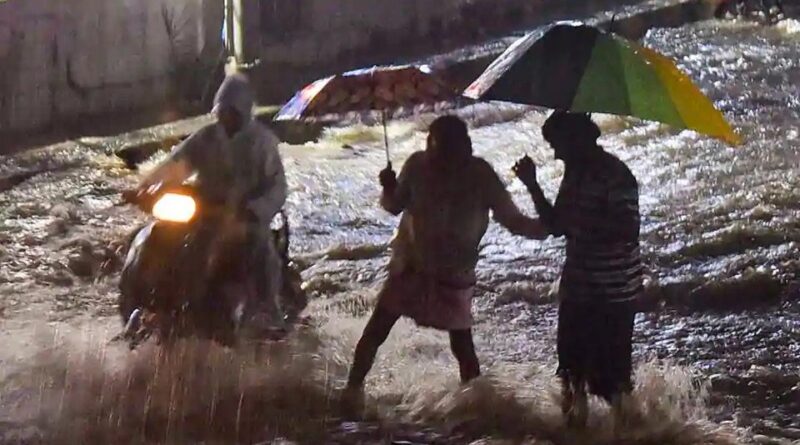 Nine persons including three children were killed and four others were injured grievously, when the compound wall of an adjacent plot collapsed on about 10 houses in the old city of Hyderabad late on Tuesday, where torrential rains wreaked havoc till Wednesday morning.

“I was at a spot inspection in Mohammedia Hills, Bandlaguda where a private boundary wall fell, resulting in death of nine people and injuring two..” tweeted All India Majlis-e-Ittehadul Muslimeen (AIMIM) president and Hyderabad MP Asaduddin Owaisi at around 12.30 am on Wednesday.

According to assistant commissioner of police, Falaknuma, M A Majeed, the incident happened at around 11 pm, when huge granite blocks of a compound wall and a few boulders fell on around 10 houses.

“Two houses were badly damaged and nine persons died on the spot. They include five victims in one family and four others from different families. Four persons sustained serious injuries and are undergoing treatment at Owaisi hospital,” he said.

The GHMC disaster management wing personnel, with the assistance of the local police and residents, pulled out the bodies from the debris. Teams of national disaster response force (NDRF) were also pressed into service to help the GHMC teams to check for any survivors.

The capital city of Hyderabad received unprecedented rains in the last 24 hours. The intensity of rains increased after 6 pm and the pounding continued through the night.

According to a bulletin from the state disaster management authority, Singapore township area on the outskirts of the city received the maximum of 30.6 cm of rain in a span of 12 hours till 10 pm. The South Hasthinapuram area received 28.3 cm of rain till 1 am. The other areas of the city reported rainfall ranging from 11.5 cm to 20.5 cm.

Water in Hussain Sagar lake in the middle of the city crossed the full tank level on Tuesday evening and started overflowing on to the city roads. At 6 pm, the water level at Hussain Sagar was recorded at 513.59 meters against the FTL of 513.41 m.

With rain water entering Mir Alam Mandi in the old city, GHMC workers were deployed immediately to clear the stagnated water from the market.

The Saroornagar-Saidabad road was covered with knee-deep water while complaints of trees falling were lodged from Laxminagar, Moosarambagh, Leela Nagar, Ameerpet and few other areas.

State chief secretary Somesh Kumar, who had a telephonic talk with chief minister K Chandrasekhar Rao, instructed the authorities to be on high alert for the next two days and see that rescue operations were taken up on war footing.

Greater Hyderabad municipal corporation commissioner Lokesh Kumar appealed to the people not to venture out of their houses unless there is an emergency. 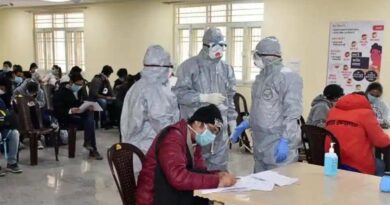 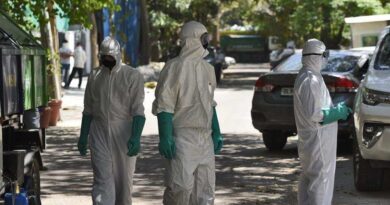 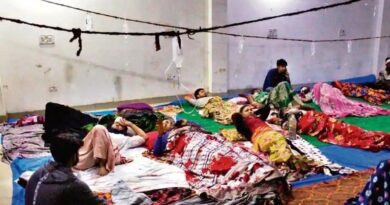