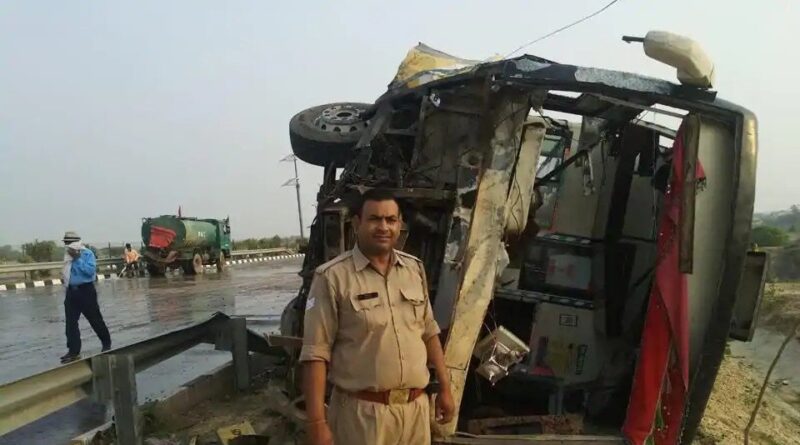 One person was killed and 14 passengers were injured when a bus collided with truck on the Agra-Lucknow Expressway. The accident took place at about 2 am on Monday, the police said.

The accident took place as the truck lost balance and came on the wrong side of the road, crossing the divider, the police further said. The injured are being treated at SN Hospital in Agra.

“The accident took place at 2 am on Monday when the truck was coming from Lucknow towards Agra. It appears that driver either slept while driving or for other reason could not control the truck which struck the divider and came on wrong side – on road towards Lucknow – and turned turtle. A bus coming from Delhi and heading towards Lucknow collided with the truck,” said Pradeep Kumar, the in-charge of Doki police station in Agra district.

“The person who was killed is either the driver or the cleaner of the truck. About 14 passengers of the bus got injured when it turned and fell towards railing alongside the ExpreswWay,” said Kumar.

“Out of the 14 injured, six were admitted at emergency ward of SN Medical College and Hospital of Agra and are under treatment. Two of them had major injuries and were out of danger. The dead body from the truck was removed and sent for post-mortem,” he added.

The police added that the truck has been removed and road cleared for traffic movement.

Since the lockdown relaxations have come into force, traffic has increased on the Agra-Lucknow Expressway and this was the third accident in three consecutive days on 302 kilometre long road.

On Saturday, five members of a family were killed when their car rammed into truck near Naseerpur village in Firozabad district.

On Sunday, a private bus from Gorakhpur heading towards Jaipur collided with the railing on the side of the Expressway leaving four injured.

On Monday, a truck driver was killed when a bus collided with it in Doki area of Agra. 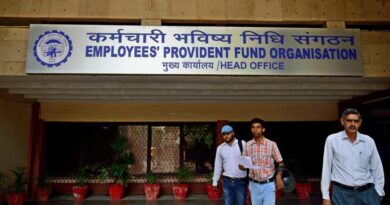 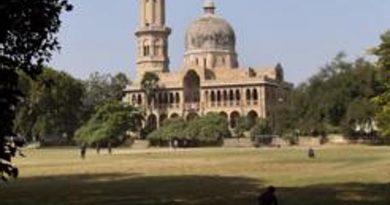 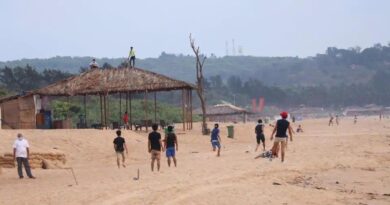