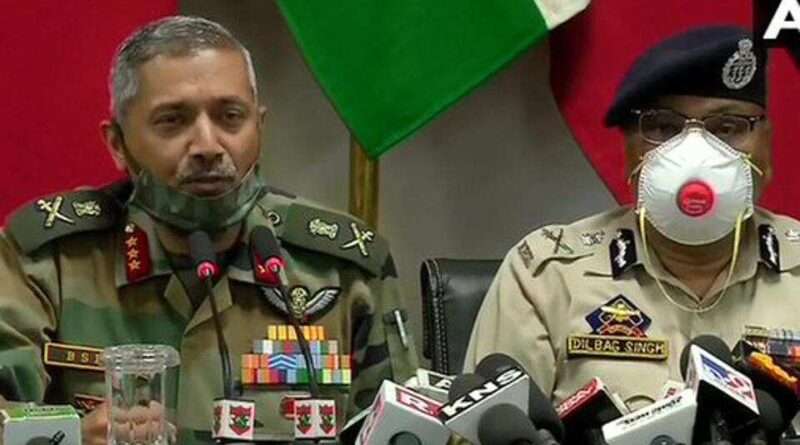 The security forces in Jammu and Kashmir on Friday complimented the residents of Kashmir for showing “faith in peace” and particularly the youth for walking on the “path of peace” despite “huge provocation” by Pakistan and its agencies involved in the business of terror.

A routine security press conference helmed by General Officer Commanding (GOC) 15 Corps Lt Gen Baggavalli Somashekar Raju and Jammu and Kashmir Director General of Police (DGP) Dilbag Singh made the above observations while briefing the media on encounters in Pampore’s Meej and Shopian’s Munand in Jammu and Kashmir in the last 24 hours that led to elimination of eight terrorists in two different operations.

The senior security officers added that the last 18 months or so have been one of the most peaceful in terms of handling law and order in general in the region.

“I compliment the people of Kashmir because they have faith in peace and it is their belief which is leading to these successful operations and I’m sure that at the end of next few months they’ll be able to take this process forward and ensure that normalcy is brought in,” the GOC 15 Corps was quoted as saying by ANI.

The forces were briefing the media on two encounters in south Kashmir’s Pulwama and Shopian districts in the last 24 hours leading to the killing of eight terrorists, including six on Friday.

The officers said local support for terrorism had come down signalling a rethinking amongst the youth of the Valley.

“I would also like to compliment our youth, who are moving on a peaceful path despite huge provocation by Pakistan and its agencies involved in terror business. Perhaps, they’ve started seeing through the game plan of these agencies which brought violence and destruction here,” said J&K DGP.

He added that the last 18 months have been one of the most peaceful in terms of the cooperation extended by the locals in handling anti-terror operation sites.

“It gives me immense pleasure to say that the complete last year and about 5 and a half months of this year have been one of the most peaceful months we had, in terms of handling law & order in general & around the operation sites. It happened only because people are cooperating,” Dilbagh Singh added.

The presence of Indian security forces in Jammu and Kashmir was raised last year in anticipation of trouble fomented by Pakistan after Indian Parliament’s decision to scrap Article 370 which gave special status to Jammu and Kashmir and bifurcate the erstwhile state into two Union Territories of J&K and Ladakh.

The officers added that some new recruits into terror organizations had been neutralized.

“Of the 49 new recruits who got enrolled into ranks of terrorist tanzims, 27 have been neutralised. It doesn’t give us any pleasure to neutralise these boys but if anybody takes up arms and causes harm to others, we’ll do what we’re doing,” said Lt Gen Baggavalli Somashekar Raju.

Regarding the operation conducted over the last 24 hours, the GOC of 15 Corps specifically mentioned that extreme restraint was exercised by the security forces to ensure that no damage was caused to a mosque in Pampore’s Meej where three terrorists were neutralized.

The Pulwama encounter started during a cordon and search operation at Meej in the Pampore area on Thursday morning when terrorists fired on the forces. One terrorist was killed in the gunfight yesterday but two others entered a nearby mosque to take refuge. On Friday morning, security forces used tear smoke shells to force the holed up terrorists out of the mosque before they were killed while maintaining the sanctity of the religious place.

DGP Dilbag Singh had chaired a high level meeting of police , BSF and army officers on Thursday to review the security scenario in view of the Ladakh standoff at the border. 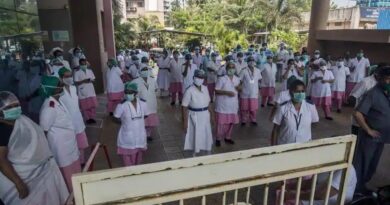 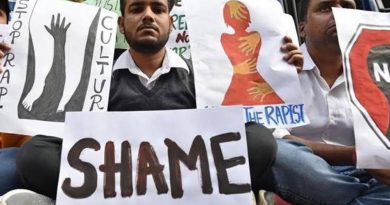 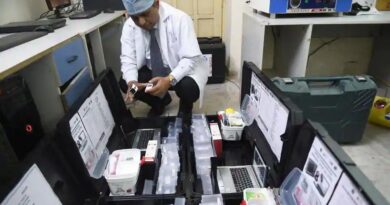 Scientists, regulators do double shifts to keep up