India will turn the coronavirus crisis into an opportunity, Prime Minister Narendra Modi said on Thursday. He was addressing the launch of auction of 41 coal mines for commercial mining, via video conference.

PM Modi called the auction a major step in making India self-reliant in the energy sector.

“India will turn this Covid-19 crisis into an opportunity. It has taught India to be self-reliant. India to reduce its dependence on imports,” the prime minister said.

“For decades, the country’s coal sector was entangled in a web of captive and non-captive. It was excluded from competition, and there was a big problem of transparency,” said PM Modi.

“After 2014, several steps were taken to change this situation. Coal sector got strengthened due to steps taken,” he added.

The prime minister had held meeting with the chief ministers for two days where he said that instead of a lockdown, India now needs to focus on the next phase of unlocking the country and speeding up economic activities.

He also reiterated the fact that the economy was witnessing a revival.

In his address to the nation last month, PM Modi had said that the Covid-19 crisis has given India an opportunity. “We did not manufacture personal protective equipment, made N-95 masks for namesake when the disease first broke out here. Today, we manufacture two lakh PPEs in a day and two lakh N-95 masks in a day. This is because we turned the challenge into an opportunity,” he had said.

He also said that it is the responsibility to every person of the country to make 21st century India’s century. “There is only one way to do this – to become self reliant,” the prime minister had said. 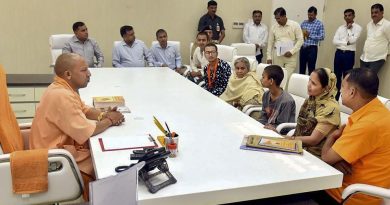 ‘Talks not as per our wish’: Kamlesh Tiwari’s mother meets Yogi Adityanath 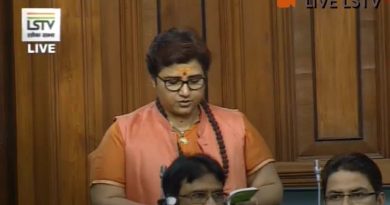 I respect Mahatma Gandhi, my statement in Parliament was distorted, says Pragya Thakur