Armed with a set of documents and a lawyer by her side, a teacher calling herself Anamika Shukla surfaced here on Tuesday, claiming innocence in the scam in which one woman appeared to have worked simultaneously for several schools.

Her dramatic appearance at the office of the Gonda basic education officer came on a day when state minister Satish Dwivedi reported some progress in the bizarre case in which it was initially thought that one woman had withdrawn Rs 1 crore over 13 months from 25 schools across the state. But the minister said on Tuesday that a probe has found that the same set of documents were used at six districts to draw Rs 12.24 lakh from nine schools. One woman called Anamika Singh was arrested in the case on Sunday. But the minister had said that day that he wasn’t sure if this was the real Anamika Shukla. And now, another Anamika Shukla, has made a dramatic entrance in Gonda.

She presented all her educational documents. She told reporters, “Through media reports, I came to know that a number of people used my marksheets and other documents to get a job, and were also working. Now, this has tarnished my image. So, I came here along with all documents. I also presented my case before the officer.” Gonda Basic Education Officer Indrajeet Prajapati told reporters that the woman showed him all her documents. The official said the woman told him that she never worked at any of Kasturba Gandhi Balika Vidyalayas.

According to information, Anamika Shukla is one of the four daughters of Subhash Chandra Shukla, a retired Railways employee. Anamika Shukla is married and lives in Gonda. She had passed the UP TET and had applied for a teacher’s post in Kasturba Gandhi Balika Vidyalaya, Gonda, officials said citing the application submitted by Shukla. However, owing to personal reasons, she could not attend the counselling. As a result, she was not selected despite her name mentioned in the merit list. Earlier in the day, the basic education minister had said the same set of documents were used at Kasturba Gandhi Balika Vidyalayas in Baghapat, Varanasi, Kasganj, Amethi, Aligarh, Raebareli, Allahabad, Saharanpur, Amedkar Nagar.

In Kasganj, a teacher who got the job with the same name was arrested when she came to resign, the minister said, adding that the real Anamika Shukla was still untraceable.

He said the issue had come to light through the state government’s Prerna digital framework on which all teachers give their details. The digital framework issues an alert when people with same details are found in other districts, he said, adding this matter came to light due to this system only.

Meanwhile, commenting on the issue, Congress leader Priyanka Gandhi said the UP government should apologise to Anamika. Tagging a report on Shukla claiming that she was innocence, Priyanka on Twitter wrote,” The system of loot under the nose of the UP government and their education department has targeted a common woman. This is the height of misrule.” “Anamika should get justice, She should get compensation for defamation. She should get a government job. Her entire family shoul get security,” she demanded. 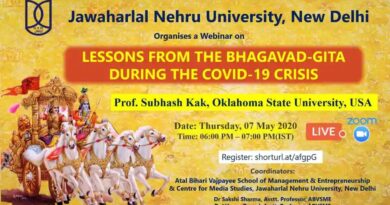 After Ramayana, JNU to conduct webinar on ‘ Lessons from Bhagavad Gita during Covid-19 crisis’ 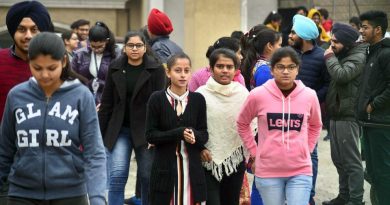