Over 13,000 teachers of the north and east Delhi municipal corporations have launched an agitation to demand immediate payment of their salaries, which they claim has been due for more than three months now. If not paid, the teachers have threatened to stall the upcoming proceedings of the corporations’ House meeting that is scheduled to be held on Monday and Tuesday, respectively.

According to the teachers association, while teachers in the north corporation were last paid in May , those in east civic body received their salaries last in June this year.

A group of teachers have been sitting on an agitation for two hours daily for the past 26 days at the Civic Centre — headquarters of the north corporation — to demand the payment of their dues.

“We sit here after work daily for two hours to register our protest. We won’t let the House proceedings take place till we get our dues. We have been working throughout the pandemic, without caring for our safety. Now they are not even paying us. It has become difficult for people to pay their loan EMIs, house rent or to even clear the tuition fee of their children. Our savings have also started running out,” said Ramnivas Solanki, general secretary of the MCD teachers’ union said.

The north corporation has over 9,000 teachers employed with it, while the east civic body has 4,200 teaching staff. The teachers claimed that they were working every day, despite not being paid, to ensure that students don’t suffer. But, in the same breath the agitators added, if this goes on for long then they may have to go on an indefinite strike.

“How are teachers supposed to continue working in this scenario. Even this month is coming to an end but there is no word either from the administration or the political representatives. The corporations and the Delhi government have indulged in a blame game that has made the employees suffer,” said Vibha Singh, principal of an east civic body school in Gandhi Nagar and senior vice-president of the association.

Besides teachers, the nursing staff, paramedics and sanitation workers of the North Corporation-run Kasturba Hospital too have been a continuous protest for the last 13 days over pending salaries.

East Corporation mayor Nirmal Jain said that the civic body is going to bring a resolution in the matter in the House meeting of the corporation on Monday. “We are going to bring a resolution in the House tomorrow regarding not having any funds to pay off the salaries of the staff. The Delhi government is to disburse ₹1100 crore due to the east civic body for this year, which has not been released so far. It is a fixed arrangement for years that the state government will give funds to the corporations under different heads. If needed, we may also go to court to resolve this issue,” said Jain.

North corporation mayor Jai Prakash said that he will meet all the employees — including teachers, nurses, paramedics and sanitation workers engaged by the civic body — whose dues have been pending, on Monday.

“I have approached the Central government to help us with funds to pay off the salaries and find a permanent solution to the problem. It will take some time, but it will be resolved,” said Prakash.

Meanwhile, an AAP spokesperson, responding to the allegations of the corporations, said, “If BJP is not able to run the corporations, it should hand over the functioning to the AAP. Did they not know about the funds in MCD before running for election? BJP should give salaries to the employees, else it should resign immediately.” 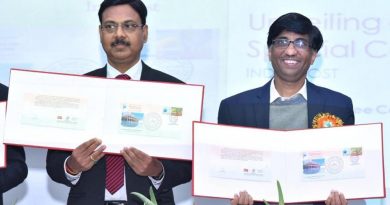 A special cover and stamp released by IIT Kanpur 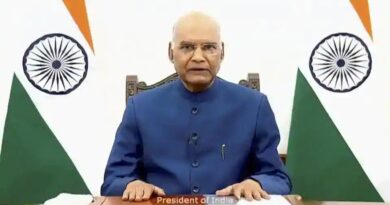 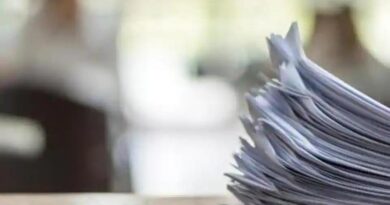 WBBSE: Only guardians allowed to apply for scrutiny of Madhyamik answer sheets